Several beagles found their furever home! Nearly 4,000 dogs were rescued from a lab on the East Coast; now many of there were adopted and are living happy lives.

Several beagles who were rescued from a Virginia breeding facility have now found loving homes.

4,000 beagles were rescued, many of which arrived in Southern California. Many of them went to Priceless Pet Rescue in Chino Hills.

The East Coast lab where they were rescued from is now being sued by the feds after being cited too many times over inhumane violations, according to the U.S. Department of Justice. The breeder was apparently selling them for medical research.

Majority of the dogs were in cages for years... some never getting the chance to step on grass or play outside. Many were manipulated and tortured over and over.

Adoptions started Thursday and people who pre-registered got to meet the adorable dogs at Priceless Pet Rescue.

PREVIOUS COVERAGE: Hundreds of beagles up for adoption in SoCal after being rescued from breeding facility

Watching the shy, doe eyed animals carefully step on something other than a cage bottom, for the first time in their lives, brought tears to the eyes of many of those at the pet rescue. 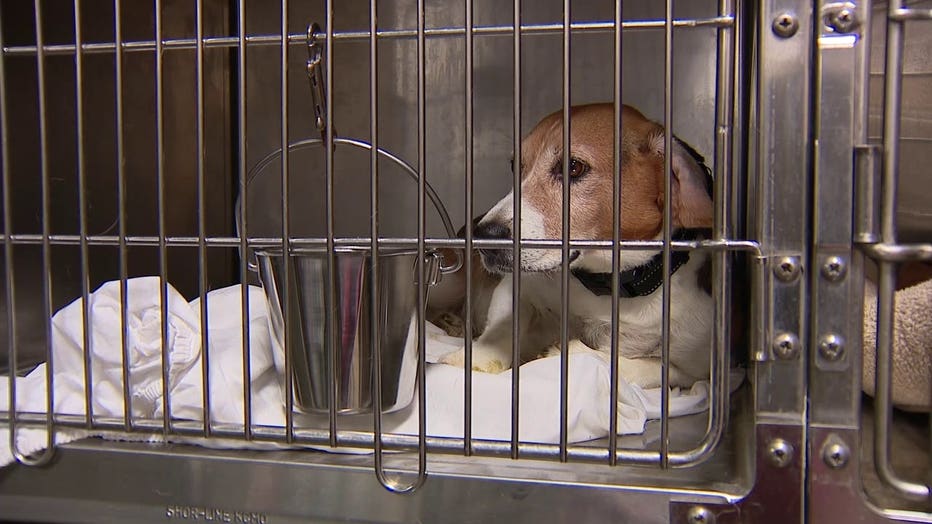 The beagles will now be sleeping in actual beds, probably for the first time in their lives.

The organization says they have several other dogs they rescued that need loving homes. They even have a hound rescue program, so yes, there will be more beagles and other hounds that are regularly overbred on the East Coast.

They are also looking for foster homes, and of course, financial help - the organization runs entirely on donations.