BOSTON - A former USC senior associate athletic director has pleaded guilty for her role in the fraud and bribery scheme in which the children of wealthy parents gained admission to some of the country's top universities as fake sports recruits.

Donna Heinel, 60, entered her plea in Boston federal court to "honest services" wire fraud for arranging for more than two dozen students to get into the college, according to the U.S. Attorney's Office for the District of Massachusetts.

She signed a plea deal with federal prosecutors earlier this week, agreeing to accept a prison sentence of up to 46 months. Sentencing was scheduled for March 11. 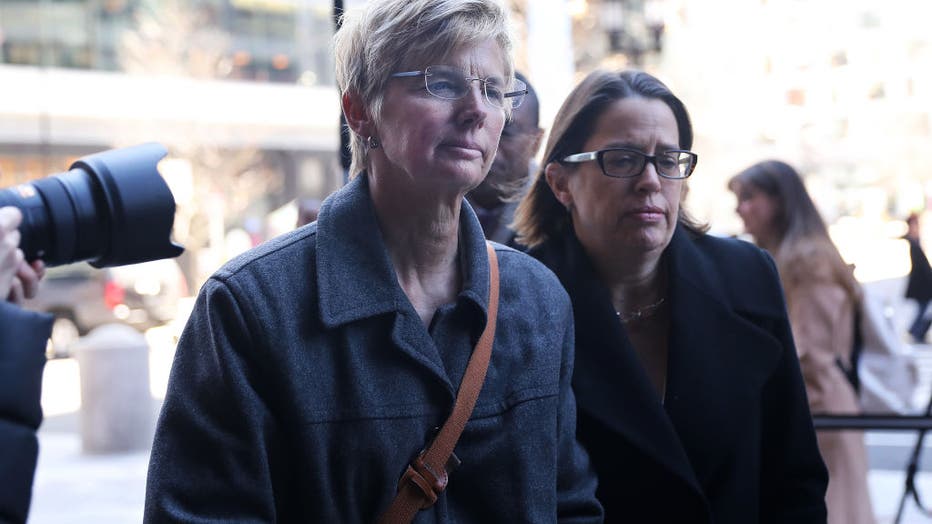 BOSTON, MA - MARCH 25: Donna Heinel, left, of California, who was senior associate athletic director at the University of Southern California, is pictured outside the John Joseph Moakley United State Courthouse in Boston on March 25, 2019. (Photo by

Prosecutors wrote in court papers that Heinel "abused a position of trust in a manner that significantly facilitated the commission of the offense."

Heinel is accused of working with the scheme's organizer, William "Rick" Singer, to coordinate students' admissions to USC as fake athletic recruits over a four-year period beginning in 2014.

According to the complaint filed in March 2019, Heinel presented applicants to admissions committees in exchange for payments from Singer totaling more than $1.3 million.

Singer, a Newport Beach consultant at the center of the scheme, pleaded guilty in March 2019 to charges of racketeering, money laundering, fraud and obstruction and is awaiting sentencing.

Heinel admitted to helping funnel cash to Singer and making $20,000 a month in a phony consulting deal with him, according to federal prosecutors.

In 2008, while working at the university, Heinel established a side business, Clear the Clearinghouse, wherein she advised high school administrators on NCAA guidelines for athletes, a service that is usually available for free. Her annual fee for the service was reportedly up to $700.

Heinel, who was let go by USC on the day she was indicted, listed her Long Beach home for just under $2 million in the wake of the scandal.

Three other members of USC's athletics staff were also indicted in the "Operation Varsity Blues" investigation.

Also, Jorge Salcedo, a former men's soccer coach at UCLA, was sentenced in March to eight months behind bars for his plea to a federal conspiracy count.