The warning was in effect till 4:45 p.m. Tuesday. An emergency alert was sent to millions of phones, warning residents. 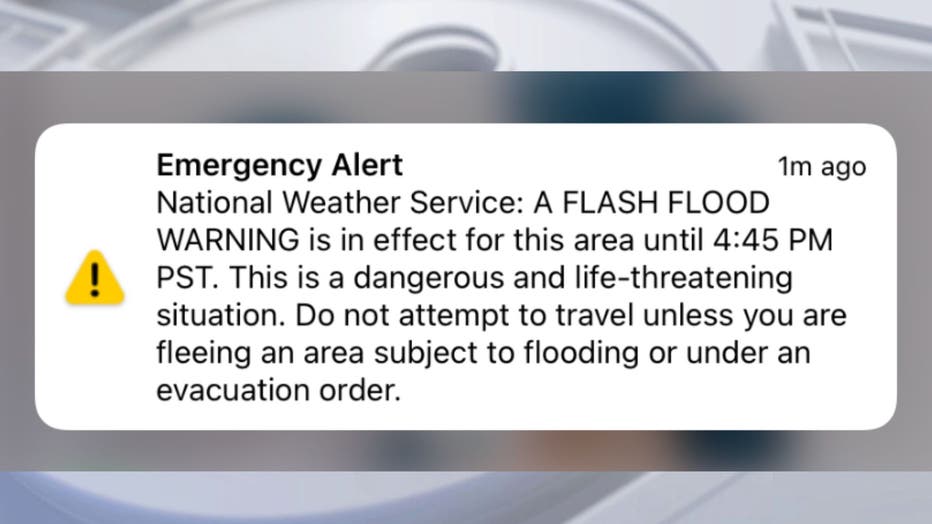 At 3:56 p.m., Doppler radar indicated heavy rain across the area. At one point, crews tried to rescue a man in Boyle Heights who got caught in a river Tuesday night.

South LA commuters had to drive slowly and carefully as intersections were flooded after Tuesday's heavy rain.

Some locations that will experience flash flooding include Duarte.

A Flash Flood Warning was also in effect for recent burn areas.