LOS ANGELES - Relatives of a 10-year-old Lancaster boy who died after what prosecutors allege was extensive torture by his mother and her boyfriend announced a $50 million lawsuit against the county Thursday. alleging social workers botched the handling of his case.

The Los Angeles Superior Court suit was filed on behalf of the father, aunt, uncle and six half-siblings of Anthony Avalos, who died June 21, 2018. 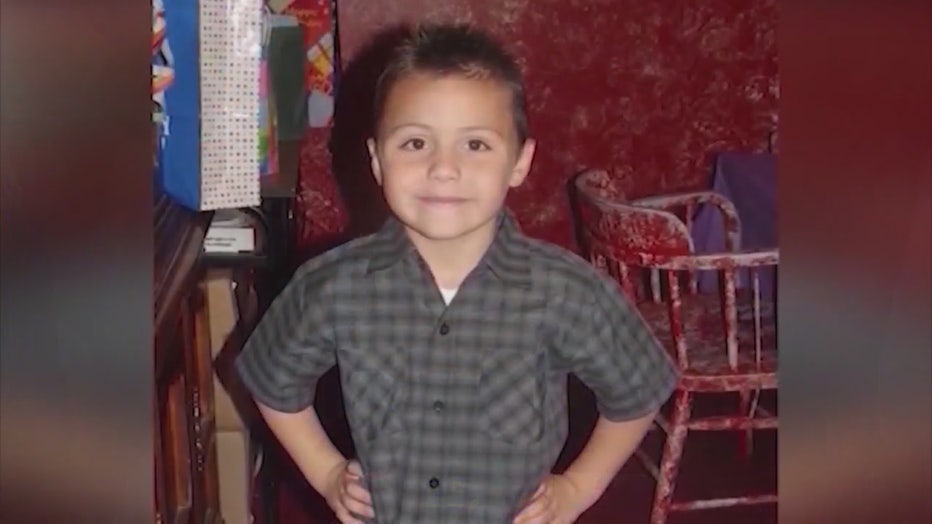 Anthony's mother, Heather Maxine Barron, 29, and her boyfriend, Kareem Leiva, 33, remain jailed without bail while awaiting trial on torture and murder charges, along with the special circumstance of murder involving the infliction of torture.

Prosecutors allege that Anthony was severely tortured during the last five or six days of his life by his mother and Leiva. The alleged abuse included whipping the boy with a belt and a looped cord, pouring hot sauce on his face and mouth, holding him by his feet and dropping him on his head
repeatedly, according to a prosecution court filing.

The lawsuit accuses the county and multiple social workers of failing to properly respond to reports of abuses of Anthony -- and his siblings.

"You will see that there were so many times where these kids disclosed to DCFS how bad it was,'' attorney Brian Claypool said when announcing the lawsuit. "DCFS workers actually saw these kids
getting abused and the still did nothing about it."

DCFS issued a statement declining to comment on the specifics of the suit, but generally defending the agency's work.

"At any given time, the Department of Children and Family Services serves more than 34,000 families and vulnerable children in Los Angeles County with an unwavering commitment to pursue child safety every day in our communities," according to the agency. "Our 9,000 employees do not take this
commitment lightly and look to do everything possible to safeguard the children in our care."

"All DCFS employees are held the highest standards to ensure that the public trust in our service is honored and maintained," according to DCFS.

The lawsuit cites other high-profile deaths of children who were also being monitored by DCFS -- 8-year-old Gabriel Fernandez and 4-year-old Noah Cuatro, both of Palmdale -- to allege "systemic failures" in the agency.

"Among the action needed to work on these systemic failures was the training of social workers in various areas, including on how to interview children," according to the lawsuit.

"DCFS employees have not been trained on how to effectively interview young children. Anthony's death was not unexpected, neither was the abuse faced by his half-siblings. DCFS records show that DCFS was complicit in the abuse and neglect of Anthony and his half-siblings, and ultimately in Anthony's death. The records show that DCFS failed to properly investigate claims of physical and sexual abuse, including, but not limited to their interviews, failure to review DCFS history, failure to coordinate with law enforcement, violating their own policies, failing to complete Structured Decision Making Tool timely and truthfully and failing to adjudicate despite the presence of exigency and imminent danger to Anthony and his half-siblings.''

The suit requests damages in excess of $50 million.

The grand jury transcript was unsealed on Monday in the case of a Lancaster woman and her boyfriend, who are accused of torturing and murdering her 10-year-old son.