An explosion was reported Thursday at a factory in Montclair.

ONTARIO, Calif. - Four people were injured Thursday morning after an apparent explosion at a factory in Montclair, according to officials.

Reports of a fire or explosion came in around 9:30 a.m. Thursday. Images from SkyFOX over the scene showed what appeared to be some sort of tanks, possible propane tanks, in the rubble. 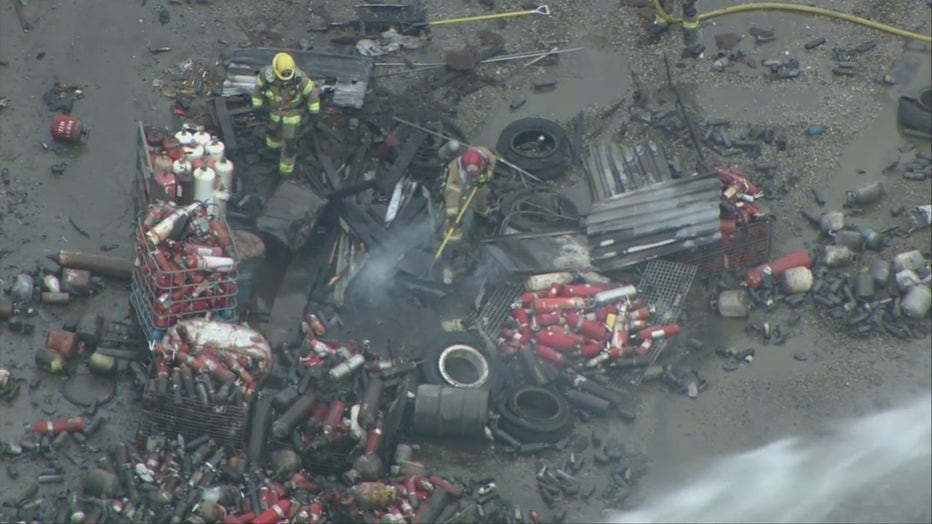 According to fire officials, three people were transported to the hospital, one other person was injured but refused medical treatment. Officials didn't get into specifics but said that some patients were suffering from burn injuries while others were suffering shrapnel injuries.

On Thursday evening, the City of Montclair issued mandatory evacuation orders for the following areas:

The City of Montclair Community Center at 5111 Benito Street is being opened up as a temporary Red Cross shelter location.

The explosions prompted lockdown of schools in the area Thursday as a precaution, but the lockdowns were lifted shortly after, The Ontario-Montclair School District calling the situation an "industrial incident and is contained to the site."

Fire officials say that the fire has been knocked down, and that bomb squad and hazmat teams are investigating the scene.