A man wanted in connection to the murder of Brianna Kupfer has been taken into custody.

PASADENA, Calif. - A murder suspect is off the streets of Los Angeles and in police custody after being recognized by people in Pasadena.

A citizen led police to the arrest of Shawn Laval Smith, the man suspected of killing 24-year-old Brianna Kupfer inside the Hancock Park furniture store she worked at.

Smith was arrested exactly a week after he killed Kupfer. But for those seven days, prior to his arrest, he was freely walking around LA as police and community members diligently sought him out.

Smith was arrested by Pasadena police officers around 11:50 a.m. Wednesday at a bus stop near the intersection of E. Colorado Boulevard and Fair Oaks Avenue.

Minutes before his arrest he asked restaurant employees to use the restroom of a Cheesecake Factory.

"That’s when everybody just felt like comfortable, scared just because that person had just been inside of our workplace, inches from all of us," said an employee of the restaurant.

After using the restroom, Smith left the restaurant and sat on a bus bench.  That’s when a man standing near the bus stop recognized him and called police.

"I certainly hope it is because that guy needs to be captured," said arrest witness Charlie Sanchez Salinas. 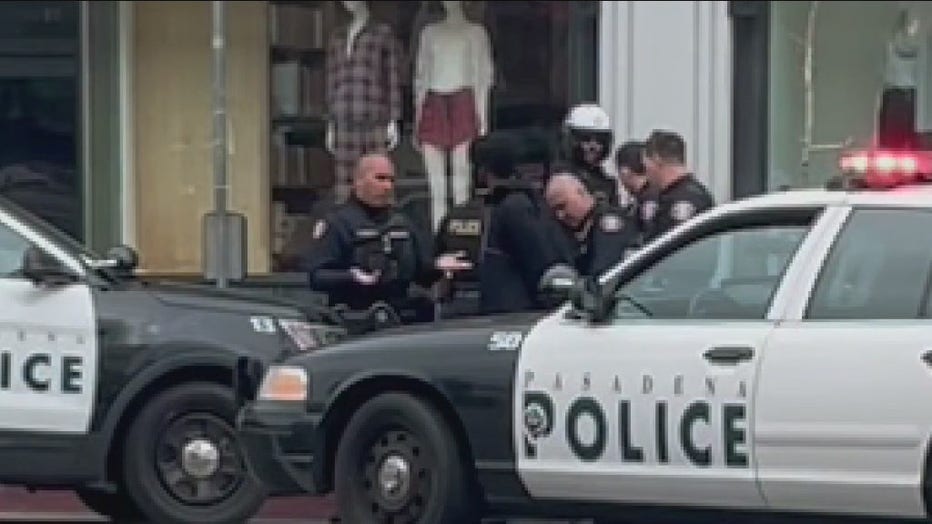 "Evil that was just caught from that thing. He just had this cold look in his face," Salinas added.

A $250,000 reward was being offered to help Los Angeles Police track down Smith... it is unclear at this moment who will earn that reward.

Smith has a lengthy criminal background with previous charges out of California, North Carolina and South Carolina. Online records obtained by FOX News show at least 11 arrests in Charleston, S.C., dating back to 2010, including a pending case for allegedly discharging a firearm into an occupied vehicle on Nov. 13, 2019.