Police are searching for the suspect who fatally stabbed a woman in the Hancock Park boutique furniture store where she worked.

LOS ANGELES - A woman was stabbed to death inside the furniture store where she works at in Hancock Park in what authorities are calling a "random" attack.

The Los Angeles Police Department responded to a call in the 300 block of North La Brea Avenue around 2 p.m. According to LAPD, the woman – later identified as 24-year-old Brianna Kupfer – was alone inside the store when a man entered the business and attacked her. 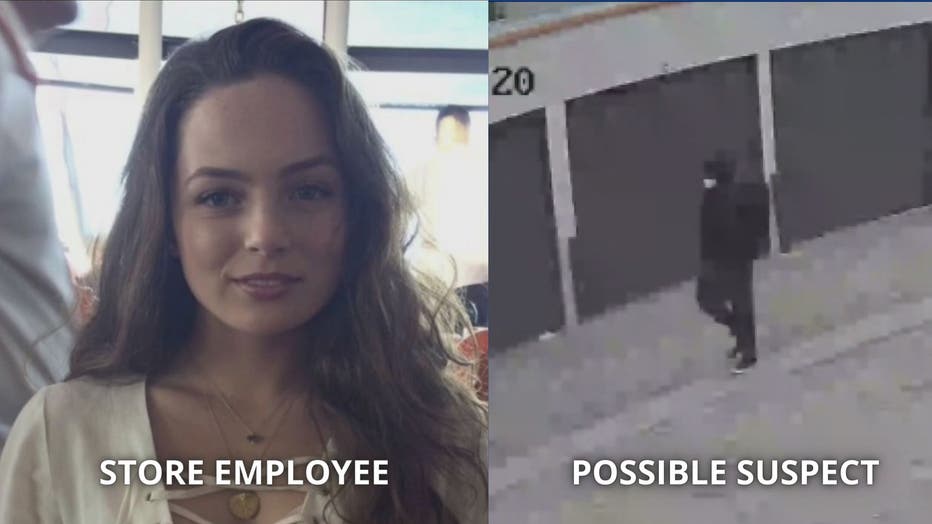 Kupfer was the sole employee inside the store, LAPD believes.

On Friday, the LAPD said that detectives determined the suspect and the victim did not know each other, adding that the suspect was a "random walk in to the store."

The suspect attacked the victim with a knife and fled the scene through the back door. About 20 minutes later, a customer came in and found her on the floor.

"There is no known motive at this time," the LAPD wrote.

The 24-year-old victim was a UCLA grad student studying architectural design. She was working as a design consultant at Croft House – a high-end furniture store in the Fairfax District.

"I was just hoping to visit the store and can’t believe the news it’s so terrible it’s so upsetting. I’ve emailed with her a few times she’s a good sales person it’s really upsetting," said Lisa Finkenstaedt, a New York Interior Designer who works with Croft House often.

A woman was stabbed to death inside the furniture store where she works at in Hancock Park, police say.

"The suspect is described as a male Black, unknown age, tall, thin, wearing a dark hoodie, sunglasses, a white N-95 mask, dark skinny jeans, dark shoes and carrying a dark back pack," the LAPD wrote in a press release Friday. "Based on evidence discovered by detectives, the suspect is believed to be homeless."

The suspect was seen on security video casually walking down the back alley of the businesses toward Oakwood Ave.

"The stuff that’s happening on Melrose, Fairfax, I don’t like it at all. I just want it to be the way how it used to be," said neighbor Bradley Feld.

Kupfer went to Brentwood High School and the Universities of Miami and Sydney. Her Dad describes her as their sweet angel, smart, devoted to her family, with lots of friends, big dreams and her whole life ahead of her.