EL MONTE, Calif. - The El Monte community is mourning the loss of one of its own.

El Monte Police Chief Ben Lowry died Monday from health issues at 45, according to the department.

The El Monte Police Department did not specify what Lowry's health issues were.

"Our thoughts and prayers are with the Lowry family during this difficult time. We are all at a loss and mourning a great leader, man, husband, son, friend, and colleague. Chief Lowry’s dedication and commitment to the Department and the residents of El Monte will never be forgotten. Throughout his tenure, he showed his love for the City of El Monte, leading with compassion and unity. I am grateful to have known and served with Chief Lowry for many years," said acting police chief Jake Fisher in a press release.

Lowry joined the Los Angeles County Sheriff's Department in 2000 before transferring to the El Monte PD in 2002. In December 2021, Lowry was named interim police chief before being appointed police chief in June 2022. 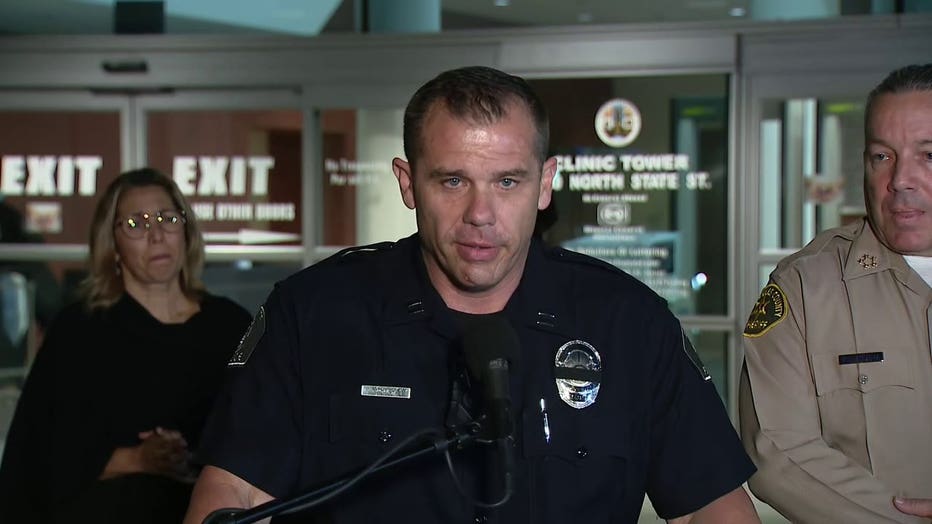 El Monte Police Chief Ben Lowry speaks in a press conference after two officers in his department were shop and killed during an ambush in the line of duty. (FOX 11)

The police chief's sudden death comes just months after two of the department's officers, Corporal Michael Paredes and Officer Joseph Santana, were shot and killed during an ambush in the line of duty.

Back in June 2022, the two officers responded to a call of a stabbing at a motel in El Monte. Upon arrival, a gunman opened fire at the responding officers, killing Paredes and Santana.