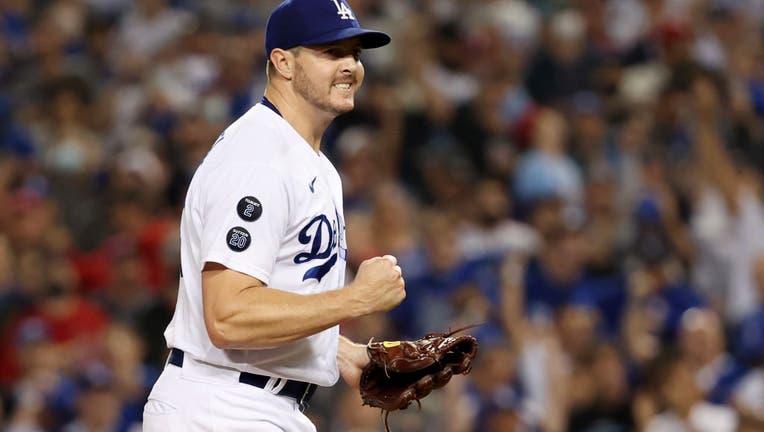 ATLANTA - The Los Angeles Dodgers are going with Corey Knebel for Game 1 of the NL Championship Series on Saturday instead of Max Scherzer.

On Friday, manager Dave Roberts said he planned to start Scherzer at Atlanta only two days after the right-hander earned his first career save in the team’s NL Division Series-clinching win at San Francisco.

However, the plan was contingent upon a final go-ahead from Scherzer. And the team tweeted on Saturday that Knebel would start instead.

Though Knebel normally pitches in relief, the starting assignment is not a new role. Knebel was 4-0 with a 2.45 ERA in 27 games, including four starts, this season.

Roberts said Friday that Tony Gonsolin would be one of the pitchers used if he went with a bullpen game.

Scherzer was 15-4 with a 2.46 ERA for Washington and Los Angeles this season, including 7-0 with a 1.98 ERA in 11 starts for the Dodgers. He has pitched 12 1/3 innings over three appearances in the playoffs, allowing two runs and six hits with 16 strikeouts.

Hours of incredible tension broken by brief moments of ecstasy is the best way to describe what it was like to be inside Oracle Park Thursday night, according to FOX 11's Phil Shuman who is a longtime Dodgers fan.

Scherzer earned his first career save in a 2-1 victory over San Francisco on Thursday night in Game 5 of the NLDS.