A local DJ was violently attacked while walking home from a gig in Hollywood. Doctors fear he might not walk again.

LOS ANGELES - A local DJ was viciously attacked while walking home after a gig in Hollywood.

36-year-old Kyle Guy, also known as Verbs, was walking in the early morning hours of August 27 near the corner of Iver and Hollywood Boulevard when he was attacked.

He told FOX 11 that he noticed two men fighting in the street as he was waiting to cross the intersection; that’s when one of the men focused his attention on Verbs.

Next thing he knew, the guy grabbed him, spun him, and slammed him to the ground.

"I landed knees first, and then he proceeded to wail on me. My kneecaps were like above my kneecap area where they're supposed to be," he told FOX 11. 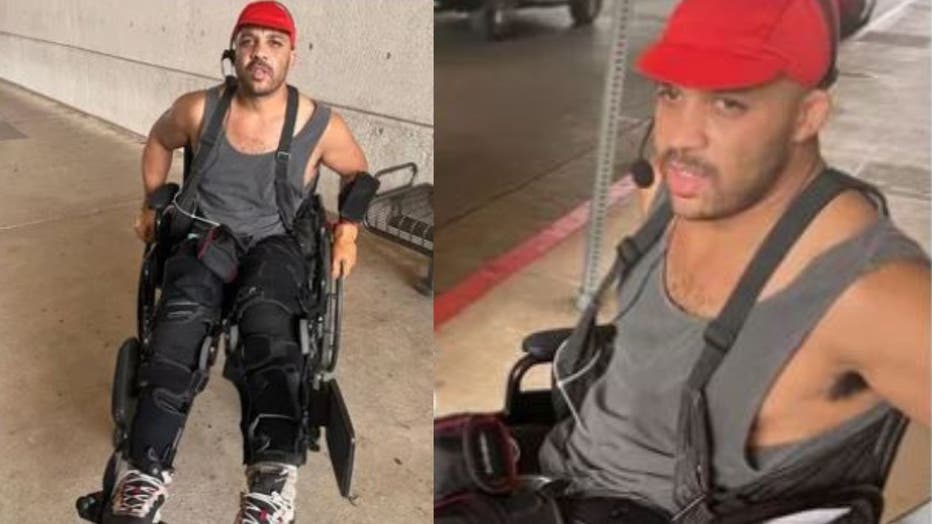 He said he tore both patellar tendons and needed surgery immediately.

His injuries were so severe, his doctor feared he would never walk again. But after surgery on both knees, and with the help of two leg braces, he’s able to get around and get in and out of a wheelchair.

Guy is known as a local DJ and rapper who typically plays in Leimert Park; he is beloved in his community. It didn’t take long for a $5,000 GoFundMe account to grow to over $20,000.