While the district and UTLA announced Tuesday the two sides reached a deal to bring back brick-and-mortar education, the deal applies mainly to younger students like preschool and elementary levels. And that has some teachers and parents wondering: what about the older kids?

"We did this together, no name-calling, no threats, no posturing, we just worked side by side to say we’re gonna do this the right way," said LAUSD Superintendent Austin Beutner.

"Nobody wants to see a student get sick, a staff member get," said UTLA President Cecily Myart-Cruz. "It takes time to get things right."

With the deal, elementary students can return to in-person learning as soon as mid-April. The students will have in-person classes in the morning and then virtual classes in the afternoon. The older kids, like middle and high school students, seem to have drawn the short straw.

Middle and high school students will remain in virtual learning only. One of the moms FOX 11 spoke to wasn't happy about that.

"They completely left behind middle school and high school students in this deal," said Tiffany Morrison.

An Arleta High School student we spoke with is also not happy with the district's reopening plan.

"I’m not the type of person to just sit still in one spot," said Yulma Miranda.

A longtime LAUSD middle-school PE teacher, who asked for anonymity, said the deal hurts the students.

Middle and high school students will be in a physical homeroom classroom two days a week. However, they will be given headlines and will be doing only virtual learning. This as the homeroom teacher is instructing their own virtual classes separate from the students.

"It doesn’t make sense! So I’m gonna be sitting at my desk zooming with my regular classes that I have every day while every student in the class," the teacher said. "I think the max is 14, they’re gonna be Zooming with their teachers. None of these kids have the same schedule, so they’re all gonna be zooming with different teachers for five hours in that room." 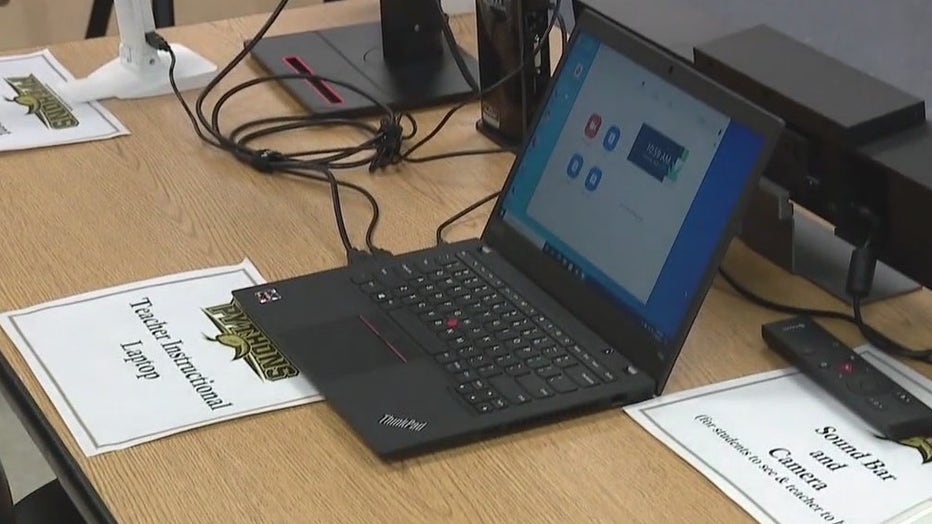 She says her students expressed sadness to her about the plan during class on Wednesday.

"They said, I thought we were going to be in person! A sixth-grade student brought up, they think it’s more traumatizing and isolating than being at home. They said it just feels very strange to be stuck in a room with 13 other students, having your headphones on where at home I can at least ask more questions, I’m gonna feel weird to ask questions now when I know other classes can hear me," the teacher said.

Beutner says the district is just playing the hand they've been dealt.

"If health authorities tell us the appropriate practice is a dozen students together all day, that’s what we’re gonna do," the LAUSD Superintendent said.

"As a teacher with all the experience you have, do you see any scenario where this system is gonna work or be good for the kids?" asked FOX 11's Bill Melugin.

"I don’t see it as being good for the children at all, I think it was a better environment for them at home," the teacher said. "If you’re gonna do in-person, it’s in-person."

We reached out to LAUSD Wednesday afternoon to ask the district if it's a bit disingenuous for them to announce the proposed deal as a return to in-person schooling as they did, when that's not really the case for middle and high school students. We did not receive a response.