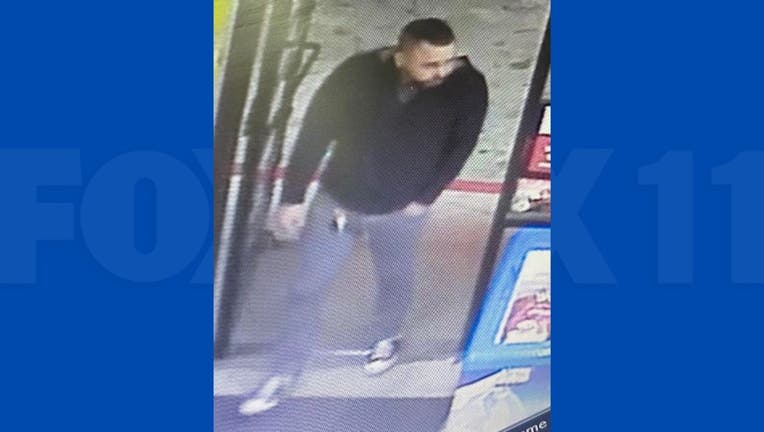 VICTORVILLE, Calif. - The San Bernardino County Sheriff's office is looking for a man they say posed as a police officer at a Victorville liquor store Thursday.

According to deputies, a man walked into Joe's Liquor on Green Tree Boulevard in Victorville shortly after 8 p.m., claiming to be a police officer. According to the report, the man donned a necklace with a "badge resembling a San Bernardino County Sheriff's Department Badge."

Deputies are looking for a man described as around 30 years old, with short brown hair, a mustache and short beard. At the time of the incident, they were wearing a black sweatshirt, blue jeans and white shoes.