LYNWOOD, Calif. - Authorities Thursday were hoping that a $20,000 reward would help solve the 2016 killing of a 16-year-old girl who was killed by a stray bullet fired in a gang-related shooting as she rode in a car with her mother and older brother in Lynwood.

Danah Rojo-Rivas was shot on Nov. 23, 2016, at about 9:30 p.m. at Euclid Avenue and Long Beach Boulevard, the Los Angeles County Sheriff's Department reported.

The teen was in the back seat of the car, which was being driven by her mother, and the family was leaving a church function when the shooting occurred, sheriff's Lt. Michael Gomez said at a Thursday news conference near the crime scene. 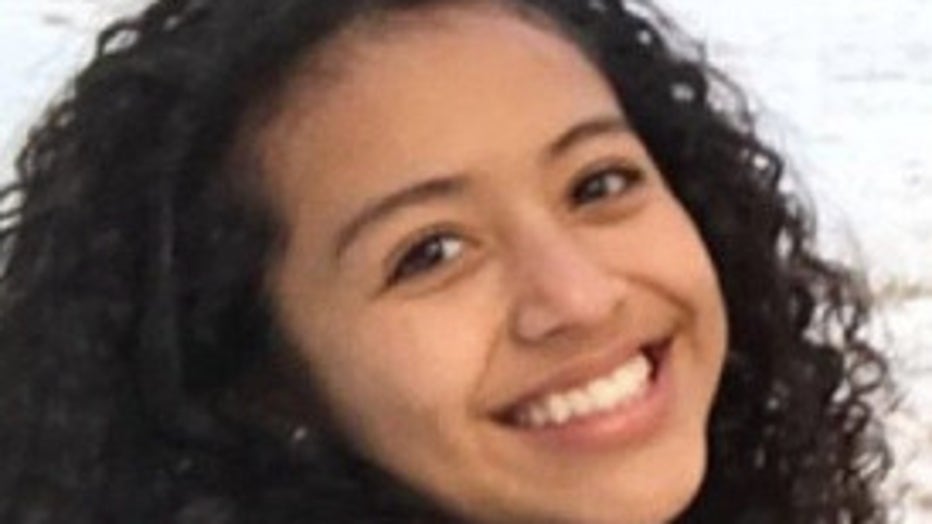 Gomez said three suspects in a light-colored four-door sedan were targeting another person, and one suspect fired at the intended victim -- who was running near where the girl's family's car had stopped at a red light.

The girl was shot in the chest and died at the scene, according to the Los Angeles County coroner's office. Her mother, who was also at the news conference, pleaded for the public's help to find the killer.

"We were coming home from church, and she was happy," she said. "She was singing in the back seat of the car when we stopped, and ... I heard some noises like fireworks ... and Danah was screaming ... and that's the last sound I heard from my daughter, because after that, she just got quiet and fell to the side."

She and Danah's brother were not wounded in the attack, authorities said. However, the family dog, riding with them, ran from the car after the shooting and was fatally struck by a vehicle.

Homicide detectives believe there were witnesses who can provide information to help find the killer.

"We believe it to be gang-related," Gomez said. He declined to release other details of the investigation.

The reward was offered by the Los Angeles County Board of Supervisors. Anyone with information on the case was urged to call the Sheriff's Homicide Bureau at 323-890-5500, or Crime Stoppers at 800-222-TIPS.