SANTA CLARITA, Calif. - Firefighters knocked down a small brush fire in Stevenson Ranch that ignited near the intersection of Calgrove Boulevard and The Old Road on Sunday afternoon, fire authorities said. 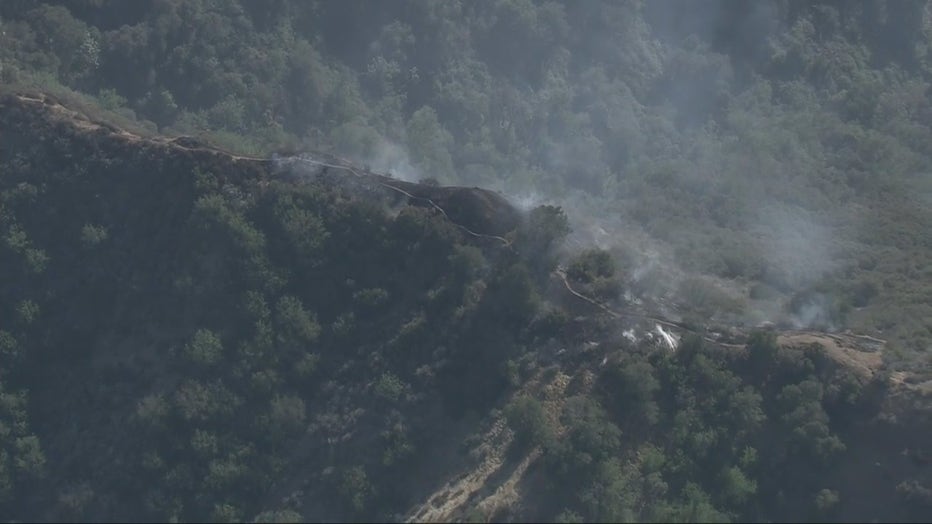 The blaze, which started near the intersection of Calgrove Boulevard and The Old Road, was reported around 3:50 p.m. Sunday, Los Angeles County Fire Department Dispatch Supervisor Michael Pitman said.

Officials said the Towsley Fire was reduced to one acre at around 4:45 p.m. and by Sunday evening, forward progress has been stopped, officials said.

No injuries have been reported and no homes were threatened.

Fire authorities planned to keep several camp crews on scene overnight to handle any hotspots that flare up, Pitman said.

The two-acre blaze was fully contained by Monday, the fire department said.