Another victim was taken to the hospital in moderate condition.

LOS ANGELES - Los Angeles Fire Department crews knocked down a fire that ignited inside a one-story home in the Sunland neighborhood of Los Angeles Tuesday night.

Crews were called to the scene in the 10000 block of N. Sherman Grove Avenue around 9:15 p.m. where they found flames coming from an attached garage and battled flames from the garage and the home's attic, said Los Angeles Fire Department spokesman Nicholas Prange.

Prange added a 16-year-old boy was found outside the house by arriving firefighters and was immediately taken to a hospital. His condition is unknown.

Images from SkyFOX showed crews on the roof, while black smoke covered most of the building. 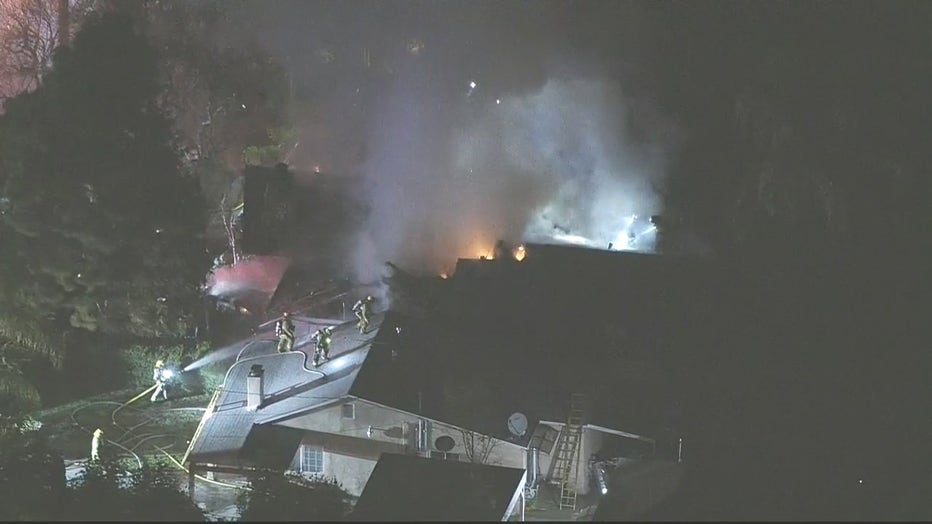 A second person was also taken to the hospital in moderate condition.

It took 77 firefighters 43 minutes to extinguish the blaze, Prange said.