LOS ANGELES - A group of animal rights activists is once again raising concerns about the horses kept for pony rides at Griffith Park, complaining that the animals are forced to work even when temperatures soar into the 90s.

Los Angeles Alliance for Animals plans a demonstration at the park Sunday to demand that the city of Los Angeles cancel the contract of the concessionaire and pass an ordinance banning pony rides. 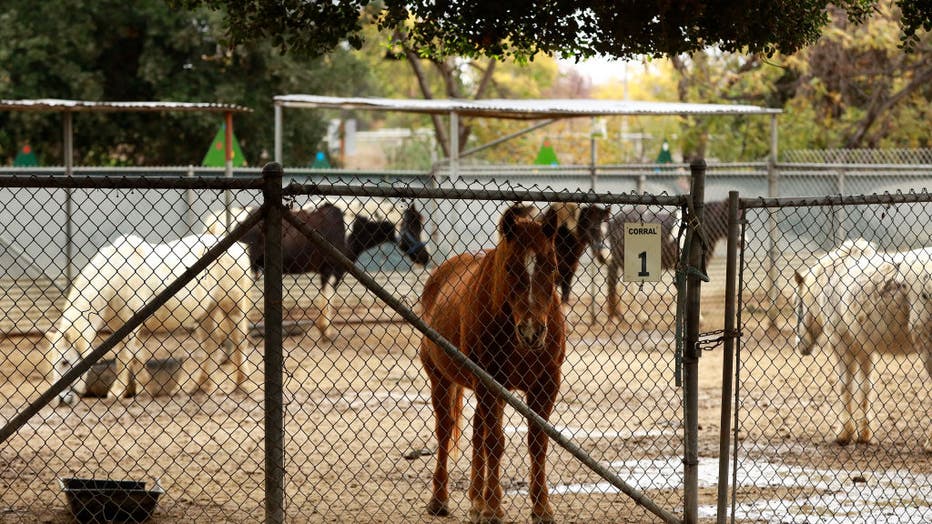 LOS ANGELES, CA - DECEMBER 09: Ponys resting in their enclosure at the Griffith Park Pony Rides on a rainy Thursday. The city of Los Angeles advanced a plan to hire an equestrian expert to assess the well-being of the horses used at the Griffith Park

LAAA and other animal rights activists have railed against the pony- ride operation for months, holding regular demonstrations at the park. Activists noted that horse rides continued Saturday, when the high reached 93 degrees at Griffith Park.

"In a city that prides itself on the highest standards of animal welfare, we must immediately end animal abuse when we witness it. Which is why we have protested for months to bring light to the suffering of the animals at this park," an LAAA statement said.

"The pony rides concession is animal cruelty disguised as child entertainment. Unkind treatment of animals doesn't align with Los Angeles values," the group says, noting that in recent years Los Angeles has passed a fur ban, a bull hook ban, and a ban on the use of wild animals in private parties.

Griffith Park Pony Rides owner Steve Weeks blamed the protesters for causing trouble at the attraction, telling City News Service that some activists use amplification devices and sirens that "scares the children and the ponies."

Representatives for both GPPR and animal rights groups say there have been multiple fights at the pony rides in recent months between demonstrators and customers, including on Saturday.

"The protesters' goal is for their efforts to make a beloved Los Angeles attraction for families an uncomfortable environment and it has to stop immediately," said a representative for GPPR. 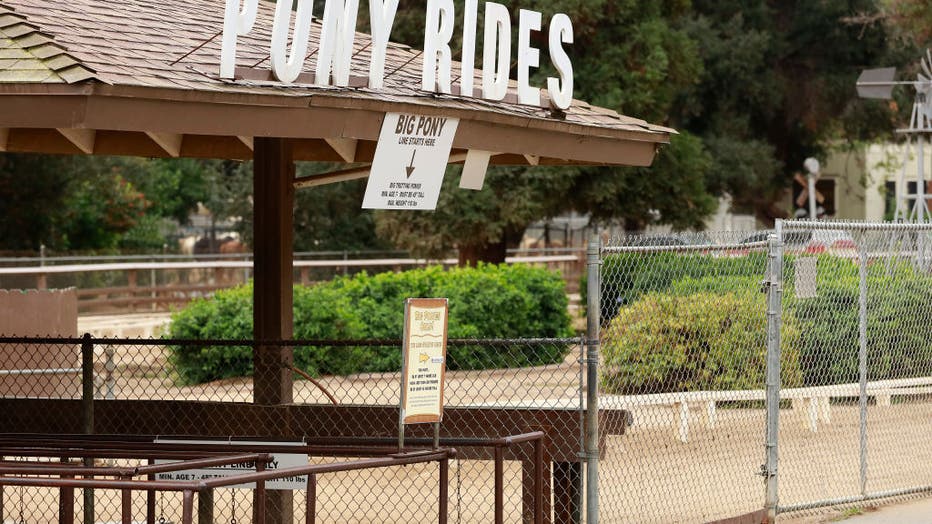 A member of the protest group said parents threw sodas at them on Saturday, and added that one demonstrator was trampled, punched and had his camera broken.

The Los Angeles Police Department's Northeast Station confirmed that officers were sent to the park at about 11 a.m. Saturday, but no arrests were reported.

Zohra Fahim of LAAA said her group was planning Sunday's protest but was not behind Saturday's event.

"We do peaceful and respectful outreach events. We do not use amplified sound either," Fahim said. "We are respectful and kind to family members."

"The company was asked to update some record keeping as well as schedule more regular maintenance by their farrier. Any issues that were addressed in that report were immediately complied with," Weeks said.

As for the issue of hot temperatures in the park, "We have a protocol that we close the pony rides if the temperatures hits 95 degrees," Weeks said. "Last night on the news, we heard that the warmest part of the day would happen in the afternoon. As such, we shut down at 1 p.m. Of course this has always been our policy."

Late last year, Los Angeles City Councilman Paul Koretz and Councilwoman Nithya Raman introduced a motion to have the Department of Recreation and Parks report on the findings of a third-party assessment of the facility, after complaints from LAAA (Griffith Park is in Raman's district).

The Department of Recreation and Parks was directed to have a third- party equestrian expert assess the facility and report to the council on its policies and practices to ensure the horses are being well cared for.

According to the report, Dr. Rachael Sachar inspected the facility's 38 ponies, seven goats, two rabbits and one sheep on Jan. 3 and found "the working conditions to be satisfactory and did not witness any gross violations related to the care or the treatment of the animals on exhibit."

Dental examinations revealed that most of the ponies were geriatric (20 to 30 years old), including one in his or her late 30s. Almost all the horses were in need if dental care and many had saddle sores and/or callouses over their withers. "Charts of operation indicated that these ponies were still in full work and veterinary expense records indicated that they were not currently under any veterinary treatment for these lesions," the report said. 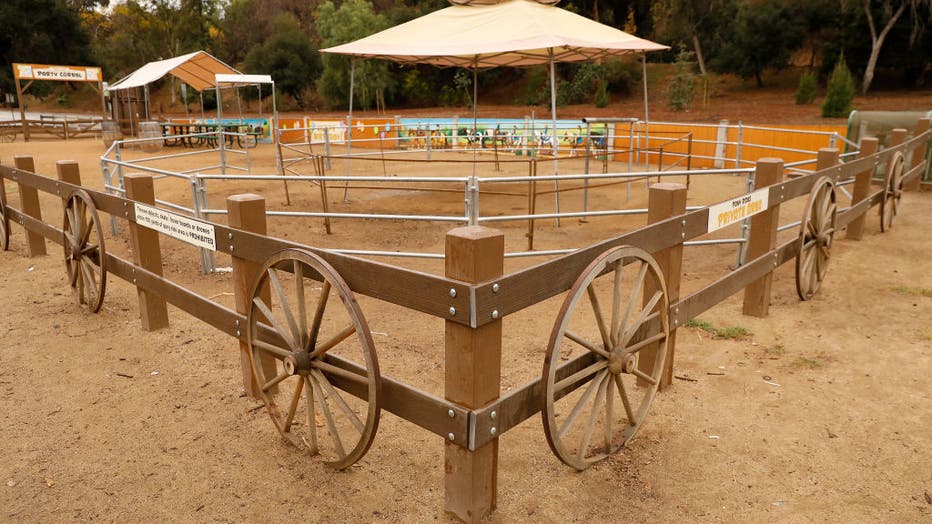 The report also faulted the GPPR's outdoor enclosures and shelters, calling them "not optimal for protecting the ponies in extreme wind or rain. They have no wind breaks, have poor drainage, and were still muddy from recent rains. The enclosures were otherwise clean and had very little manure or urine."

The report said the facility's policies for acceptable working temperatures and management of the ponies' water and shade access can be improved and expanded.

Fahim said the city's parks department is "doing a great job ensuring that Stephen Weeks is making the appropriate changes."