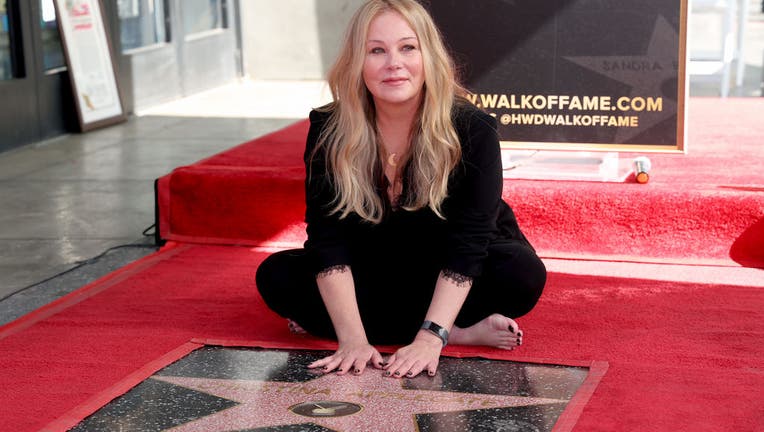 Christina Applegate poses with her star during her Hollywood Walk of Fame Ceremony at Hollywood Walk Of Fame on November 14, 2022 in Los Angeles, California. (Photo by Phillip Faraone/Getty Images)

Christina Applegate made her first public appearance Monday since announcing she was diagnosed with multiple sclerosis, attending the unveiling of her star on the Hollywood Walk of Fame.

Monday's ceremony came three days before the release of the third and final season of "Dead To Me," the Netflix dark comedy that has brought Applegate two of her six Emmy acting nominations .

Applegate was joined at the ceremony at 7007 Hollywood Blvd., across from The Hollywood Roosevelt hotel, by Katey Sagal, who played her mother on "Married... with Children," and David Faustino, who played her brother on the 1987-97 Fox comedy, Linda Cardellini, her co-star on  "Dead To Me," and Liz Feldman, its creator.

Applegate, walking with the help of a cane, got emotional as she described the support she has received from her co-stars and friends.

RELATED COVERAGE: Christina Applegate reveals role on 'Dead to Me' may be last due to MS diagnosis

"This day means more to me than you can possibly imagine," she said. "I don't say that I have friends. I have family. These people take care of me. They take care of me every day of my life, and without them I don't know what I would do."

She tearfully heaped praise on her 11-year-old daughter, Sadie.

"The most important person in this world is my daughter," she said. "You are so much more, you are so much more than even you know. You are so beautiful and kind and loving and smart and interesting, and I am blessed every day that I get to wake up and take you to your school. ... You are my everything. Thank you for standing beside me through all of this."

Her star is adjacent those of Sagal and Ed O'Neill, who played her father on "Married With Children." It is the 2,740th since the completion of the Walk of Fame in 1961 with the first 1,558 stars. 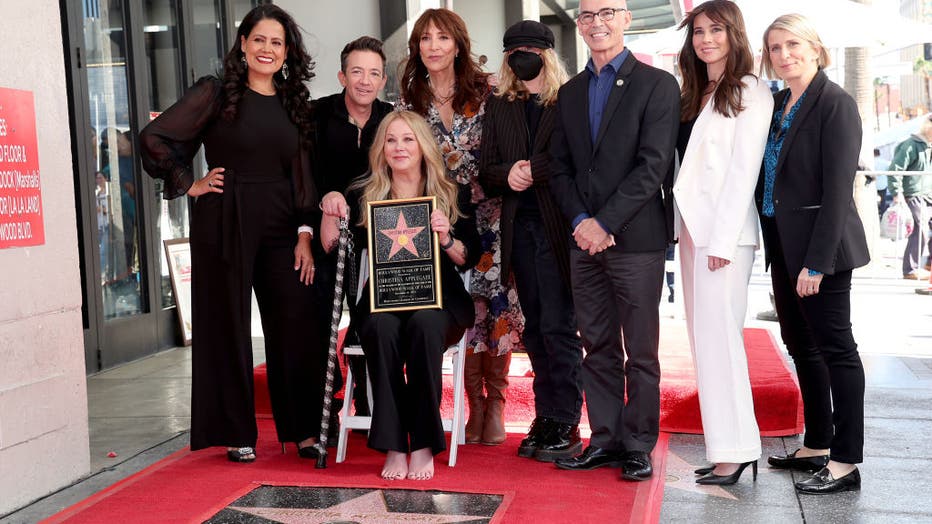 Applegate was born on Nov. 25, 1971 and made her television debut on the March 7, 1972, episode of the NBC daytime drama, "Days of Our Lives," as the baby son of the character played by her mother, Nancy Priddy. Her next roles came in 1981 as a dancer in the film, "Beatlemania" and on an episode of the NBC Western drama "Father Murphy."

Applegate's first series was the 1985 Showtime comedy, "Washingtoon," playing the daughter of an idealistic new congressman (Thomas Callaway). Her first series on a major broadcast network was "Heart of the City," an ABC crime drama that ran for 13 episodes in the 1986-87 season as the daughter of a police detective (Robert Desiderio).

Applegate was cast later in 1987 in her most famous role, the sexy and sarcastic Kelly Bundy, after the actors who first played the Bundy children in the "Married... with Children" pilot, Tina Caspary and Hunter Carson, were dropped because the show's producers worried about a lack of chemistry between them and O'Neill and Sagal.

Applegate recently told the entertainment trade publication Variety she initially refused to audition for the role.

"I was way more into drama; I was not into comedy and I refused to audition for it. Refused!," Applegate told Variety. "I was an edgy person. I was not fun to be around! I was not funny. They went ahead and shot the pilot with two other Kellys and Buds. They weren't the fit that they wanted.

"They came back to me, and I said no. And they're like, `Can we just send you the pilot? And if you like it, come in and read with a couple of other kids?' My mom and I were like, uccch! -- like that. Literally, like we were, like, `Ucch, toilet humor!' We were seriously such snobs about it."

Applegate returned to television in the season following the cancellation "Married... with Children," starring in "Jesse" as a single mother raising her 9-year-old son (Eric Lloyd). The NBC comedy ran from 1998- 2000.

Applegate received her first Emmy nomination and only victory in 2003 for outstanding guest actress in a comedy series for her portrayal of the middle sister of Rachel Green (Jennifer Aniston) in "Friends."

Applegate reprised the role the following season, receiving another Emmy nomination in the category, but lost to Laura Linney, who won for her recurring role on the final season of the NBC comedy "Frasier" as a matchmaking agent Frasier Crane (Kelsey Grammer) falls for.

Applegate received outstanding lead actress in a comedy series Emmy nominations for both seasons of the 2007-09 ABC comedy, "Samantha Who?" for role as a woman who wakes up from an eight-day coma with no recollection of past experiences, then discovers she wasn't a particularly honest, good-hearted or loving person and is forced to struggle with her desire to be good and temptation not to be. 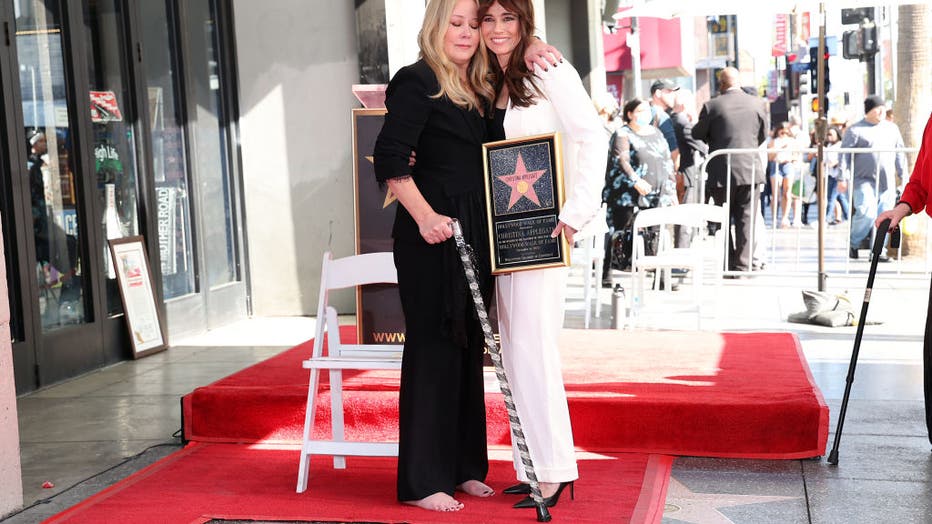 Applegate's other honors include a best actress in a musical Tony nomination as taxi dancer Charity Hope Valentine in the 2005 revival of "Sweet Charity."

Applegate announced on Aug. 9, 2021, she had been diagnosed a few months earlier with multiple sclerosis, an autoimmune disease that disrupts communication between the brain and body.

"Being technically disabled is what it is," Applegate tweeted on Oct. 27, 2021. "I didn't know what MS was before I had it. My life is changed forever."