COAF’s mission to continue investing in the future of Armenia

LOS ANGELES - As the number of displaced families from Artsakh increases dramatically, many programs and organizations are shifting their focus to help including the Children of Armenia Fund.

Currently, people in Armenia are dealing with a global pandemic and the aftermath of war.

COAF is providing shelter and humanitarian assistance to the many families who have nowhere to go.

Children of Armenia Fund was founded in 2004 to provide children and their families in the rural communities of Armenia with opportunities to reach their full potential.

Haig Boyadjian is the Senior Director of Development and has been with COAF for eight years.

"What we do is very comprehensive and holistic. We do infrastructure improvements in about 64 villages throughout Armenia, in addition to that, we have programs in education, health care, social services and economic development,” said Boyadjian.

• Cher calling on U.S. to take action over the war in Armenia in new PSA

Boyadjian was born and raised in Los Angeles and spent half the year living in Armenia.

Since 2018, COAF'S Smart Center in the Northern Armenia Lori Region has offered free programs and transportation for children in surrounding villages with cutting edge programs and afterschool programs. But everything, for the time being, has been shut down.

And now, because of the war and the aftermath, COAF has shifted to crisis mode.

"We have been settling these displaced people throughout our villages, providing host families and displaced people with humanitarian supplies and things like that just to get them acclimated," said Boyadjian.

Meanwhile, he has been mourning the loss of COAF students.

"I have seen a lot of these children in our villages grow up. What’s heartbreaking for me is we've lost a total of nine kids from our villages who happen to be serving in the military when the attack started," he said. 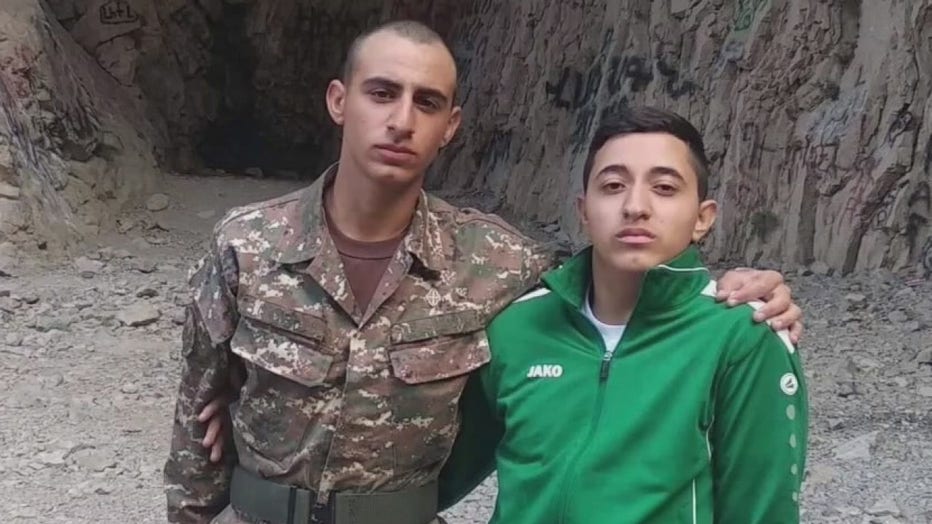 One young man he can't forget is 18-year-old Vahe Mkrtchyan from the small village of Lernagogh. He was described as someone full of promise.

"Vahe was a shining example of our organization's mission to give these children opportunities to advance themselves and he would run with them. Whatever extracurricular club we would put in, he would enroll in each one and would excel, whether it was debate or English language-- name it he did it," Boyadjian recalled.

Vahe has a disabled younger brother and Boyadjian remembered how close the two brothers were. 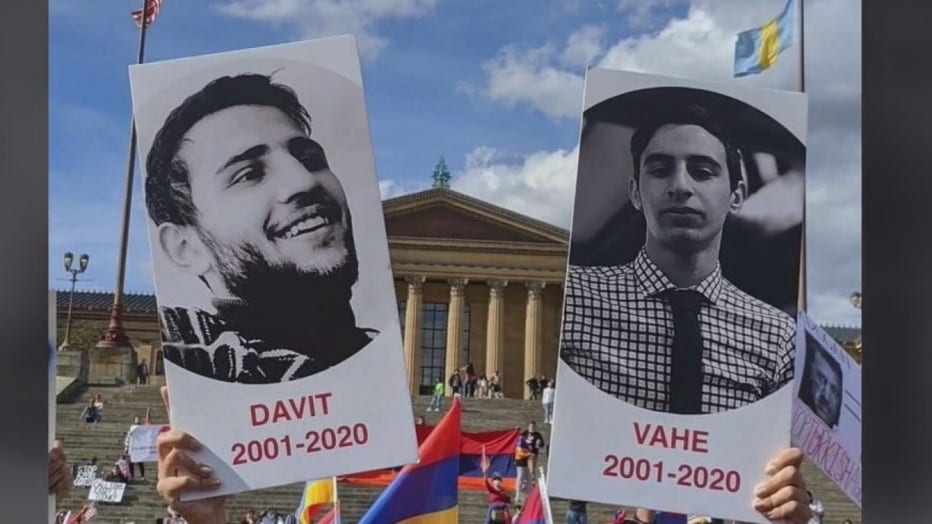 "Vahe was Emin’s rock -- the compassion that you saw when he interacted with his younger brother was amazing,” said Boyadjian.

"Vahe was on the course of pursuing his dreams and I don't want to say it's in vain because he died protecting and serving his homeland, but to see an 18-year-old's life come to a stop like that is heartbreaking,” said Boyadjian.

Right now COAF'S mission is to focus on helping those who need it the most and to continue to focus on the future.

"We need to still continue with these programs and not neglect these kids. They are part of the new generation of Armenia, part of the nation-building progress, we need to continue on,” said Boyadjian.

COAF’s Moving Mountains fundraiser will be held on December 5 and will be televised and virtual this year.