LOS ANGELES - The gaming industry and Native American tribes are betting big on dueling ballot measures to legalize sports gambling in California, but voters going to the polls Tuesday may not want a piece of the action. 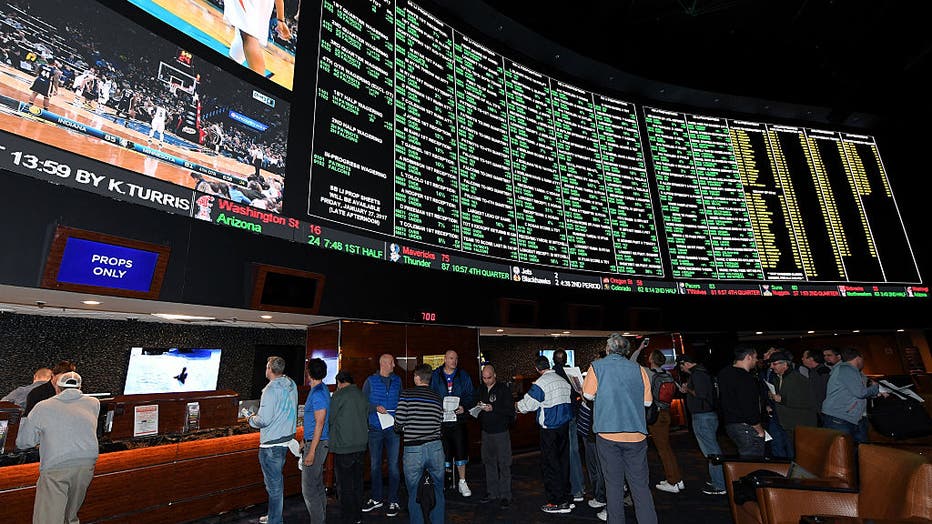 Voters have been inundated with a blast stream of advertisements in what has become the most expensive ballot initiative campaign in U.S. history as backers seek to legalize sports gambling by allowing it at tribal casinos and racetracks or through mobile and online wagering.

With a multibillion-dollar market at stake, proponents raised nearly $600 million — more than 250% higher than the record amount spent in 2020 by Uber, Lyft and other app-based ride-hailing and delivery services to prevent drivers from becoming employees eligible for benefits and job protection.

More than 30 other states allow sports betting, but gambling in California is currently limited to Native American casinos, horse tracks, card rooms and the state lottery.

Proponents of the two initiatives propose different ways to offer sports gambling and each touts other benefits that will come to the state if their measure is approved.

Proposition 26 would allow casinos and the state’s four horse tracks to offer sports betting in person. The initiative bankrolled by a coalition of Native American tribes would also allow roulette and dice games at casinos.

A 10% tax would help pay for enforcement of gambling laws and programs to help gambling addicts.

Proposition 27 would would allow online and mobile sports betting for adults. Large gaming companies would have to partner with a tribe involved in gambling or tribes could enter on their own.

That measure is backed by DraftKings, BetMGM, FanDuel — the latter is the official odds provider for The Associated Press — as well as other national sports betting operators and a few tribes.

The initiative is being promoted for the funding it promises to funnel through tax revenues to help the homeless, the mentally ill and and poorer tribes that haven’t been enriched by casinos.

However, that revenue could be offset if people spend their money on sports gambling instead of shopping or buying lottery tickets.

Democratic Gov. Gavin Newsom hasn’t taken a position on either proposal but has said Proposition 27 "is not a homeless initiative."

The No on Prop 26 campaign, funded largely by card rooms that stand to lose out, says the measure would give a handful of wealthy and powerful tribes "a virtual monopoly on all gaming in California."

The No on 27 committee says the proposal is based on deceptive promises and says the gaming companies behind it "didn’t write it for the homeless, they wrote it for themselves."