LOS ANGELES - Democrats in many parts of the country are facing a potentially grim political year, but in California no one is talking about the liberal stronghold changing direction. 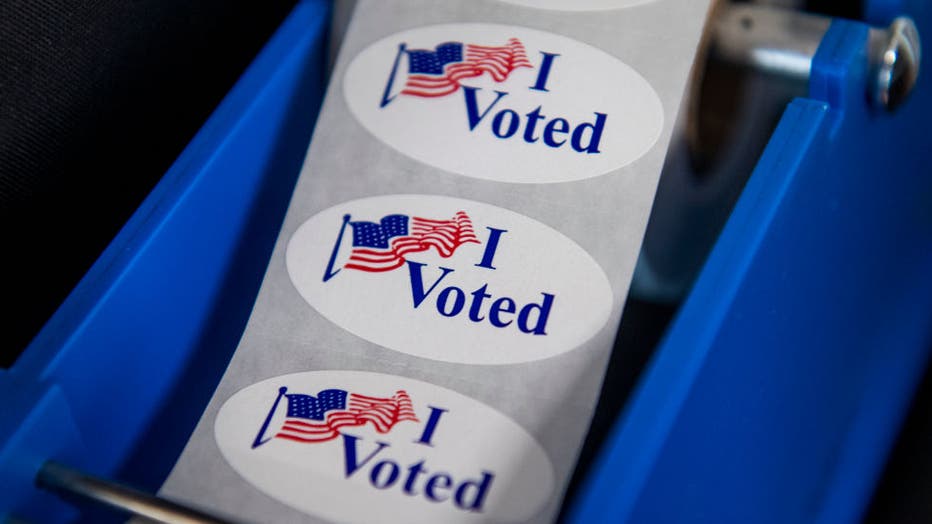 California’s largely irrelevant Republican Party could field only little-known candidates for governor and U.S. Senate, and the GOP appears to have only isolated chances for upsets even under what should be favorable conditions for the party.

Mail ballots are already going out for the June 7 primary election that will set the stage for November runoffs. The election is taking place within a cauldron of dicey political issues: the possible repeal of the Supreme Court’s 1973 Roe v. Wade decision that legalized abortion, widespread frustration with a homelessness crisis and with residents suffering pocketbook stress from galloping inflation and soaring home costs — the state’s median price hit a record $849,080 in March.

President Joe Biden’s popularity has sagged — even among some of his fellow Democrats — and the party in the White House typically loses congressional seats in midterm elections. California Democrats showed up in historic numbers in 2020 to defeat then-President Donald Trump in landslide, but turnout next month is expected to tumble with little drama at the top of the ticket: Gov. Gavin Newsom and U.S. Sen. Alex Padilla, both Democrats, face only token opposition.

But none of that adds up to a threat to the state’s Democratic supremacy. Republicans haven’t won a statewide election in California since 2006, and Democratic voters outnumber Republicans by nearly 2-to-1 statewide. Democrats are expected to maintain their supermajorities in the Legislature.

The GOP picked up four U.S. House seats in 2020 but Democrats still dominate the congressional delegation, holding all but 10 of the 53 House seats, with one vacancy.

At a state Republican Party convention last month, House GOP leader Kevin McCarthy of Bakersfield said he’d be holding the chamber’s gavel in January, not Speaker Nancy Pelosi of San Francisco. He predicted more House upsets in California would tip the balance of power in the chamber, but the GOP faces tough races to hold its ground.

Recent history isn’t encouraging for the GOP. Last year, Newsom appeared vulnerable but then easily defeated a recall effort driven by critics of his handling of the pandemic.

"The problem here is the Republican bench is very thin," Pitney added. "There really aren’t any Republicans in California who have a statewide profile."

The most closely watched races in the state this year don’t involve Republican challengers. In San Francisco and Los Angeles, local district attorneys are being blamed for reforms that some say fueled rising crime. The recall of San Francisco’s Chesa Boudin is on the ballot next month. Petition signatures needed to qualify a recall are still being gathered in Los Angeles County, where George Gascón could be forced to defend his seat later this year.

Los Angeles also will elect a new mayor from candidates including Democratic Rep. Karen Bass, who was on Biden’s short list of vice presidential picks, and billionaire developer Rick Caruso a longtime Republican who became an independent and then, shortly before entering the race for mayor, registered as a Democrat.

LA Mayoral candidates face off in another debate

Arguably the most endangered Democrat on the statewide ticket is Attorney General Rob Bonta, a reform-minded Newsom appointee who is facing challenges from two Republicans and an independent candidate — Sacramento County District Attorney Anne Marie Schubert — who fault him for spikes in crime. Schubert recently left the GOP and is gambling that a different identification on the ballot will draw more votes.

A promising new face for Republicans is state controller candidate Lanhee Chen, the son of immigrants from Taiwan, who holds multiple Harvard University degrees, served in President George W. Bush’s administration and won the support of the left-leaning Los Angeles Times editorial board.

Among the top congressional races, Republican Rep. Mike Garcia is defending his seat north of Los Angeles in a Democratic-leaning district. Democratic Rep. Katie Porter, a star of the party’s progressive wing, is looking for another term in a closely divided coastal district in Orange County. And nearby, Republican Rep. Michelle Steel, a Korean immigrant, is looking to win a second term in a district with a slight Democratic edge that includes the nation’s largest Vietnamese American community.

Predictions for a disastrous year for Democrats nationally are undergoing reevaluation after the leak of a draft U.S. Supreme Court opinion that would overturn the landmark abortion decision.

Newsom has called it the "defining issue" in the election and is backing a proposal for the November ballot to enshrine abortion rights in the state constitution, a move Democrats hope would lure more voters at the polls. It remains to be seen if abortion could trump economic issues and public safety among voters.

A final ruling in the case is not expected until the end of the court’s term in June. If Roe is overturned, the fallout is likely to be concentrated in conservative-leaning or swing states that could see abortion heavily restricted or banned. California is seeking to expand those rights — Newsom wants the state to be a "refuge" for those seeking abortion and among the bills in the Legislature is one that would pay the costs for pregnant women to come from out of state.

The influence of Trump has framed contests in Ohio and Georgia but his presence is mostly peripheral in California. However, support for him will be an issue in some close races, particularly congressional fights.

At issue for California Republicans is whether enough voters frustrated with rising crime, homelessness and the economy, will take out their grievances on Democrats.

"If there was going to be a time for a Republican to take a legitimate shot at a statewide candidacy, this is the year to do it," said Matt Rexroad, a GOP consultant who is advising Republican Nathan Hochman, a former federal prosecutor and one of five candidates running for attorney general.