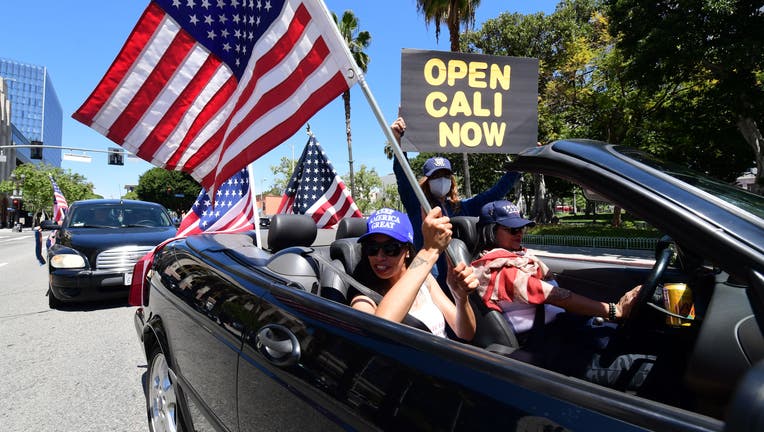 SACRAMENTO, Calif. - The California Highway Patrol said Wednesday that it is temporarily banning rallies at the state Capitol and other state facilities because of the pandemic.

The change in policy came after hundreds of protesters gathered on the Capitol grounds in Sacramento on Monday, many without wearing masks or following recommendations to remain more than 6 feet (1.8 meters) apart to slow the spread of the coronavirus.

The same group had planned additional rallies in coming days against Gov. Gavin Newsom’s orders that people remain at home except for essential activities. Additional similar rallies have been happening across California and the nation, with more planned.

“In the interest of public safety and the health of all Californians during the COVID-19 pandemic, effective immediately the California Highway Patrol will deny any permit requests for events or activities at all state facilities, to include the State Capitol, until public health officials have determined it is safe to gather again,” the CHP said in a statement.

The CHP said it was caught by surprise when protesters ignored public safety recommendations.

The event permit “was issued with the understanding that the protest would be conducted in a manner consistent with the state’s public health guidance. That is not what occurred, and CHP will take this experience into account when considering permits for this or any other group,” it said. 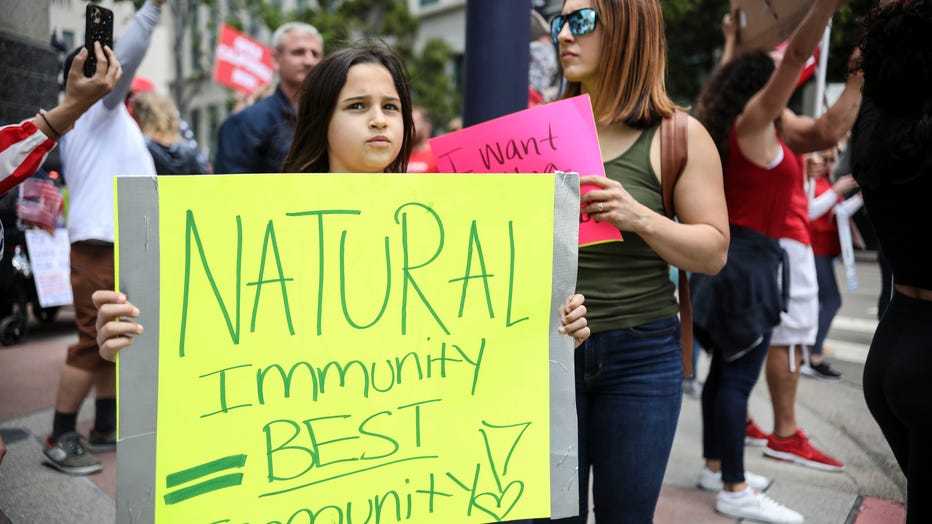 For most people, the coronavirus causes mild or moderate symptoms, such as fever and cough, that clear up in two to three weeks. For some, especially older adults and people with existing health problems, it can cause more severe life-threatening illness, including pneumonia, and death.

At least 100 vehicles circled the Capitol, but another 200 or more protesters marched together Monday.

The protest was organized by a group called Freedom Angels, which did not respond to a request for comment.

The group previously organized rallies against California legislation restricting vaccine exemptions. While Monday’s rally was organized to protest the weeks-long shutdown that has paralyzed the economy, some participants said they fear that they could be forced to be vaccinated or tested for immunity to return to work or schools.

About a dozen protesters showed up at the Capitol on Wednesday, where they stayed on public sidewalks outside of newly erected temporary metal fences blocking the grounds. They again did not take precautions designed to prevent spread of the virus, but officers did not intervene.

In Los Angeles there was a drive-through protest near City Hall, with people in cars honking horns and waving signs reading “Open Cali Now” and “Freedom is Contagious.”

This week there were similar demonstrations in San Diego and Orange counties.