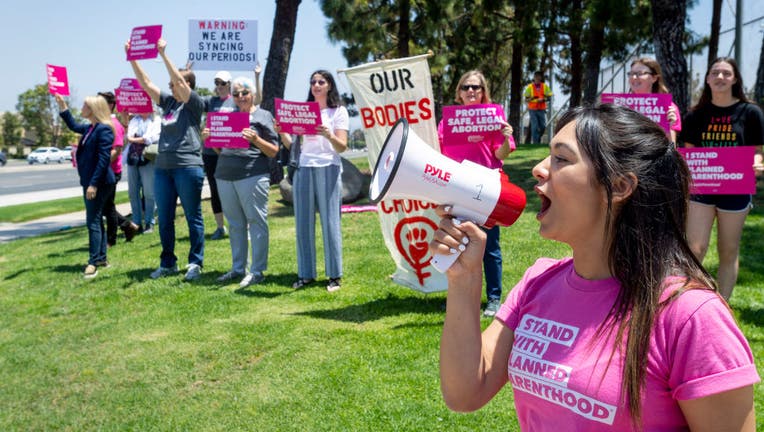 SACRAMENTO, Calif. - The right to an abortion and to use or refuse contraceptives would be enshrined in the California Constitution under an amendment announced Wednesday by Democratic legislative leaders who are seeking to blunt a possible U.S. Supreme Court decision overturning federal abortion protections.

Lawmakers are moving quickly to place the amendment on the November ballot, which would likely boost turnout from both sides of the abortion debate. The announcement of the amendment came a day after a California primary election that produced abysmal turnout.

Four conservative states — Alabama, Louisiana, Tennessee and West Virginia — have amended their constitutions to declare abortion is not a protected right. Meanwhile, over a dozen states have at least some abortion protections codified in law, including California, where lawmakers want to extend rights even further into pregnancy and add contraceptives as well.

Voters in Vermont will consider an amendment in November that would protect "personal reproductive autonomy," but it does not include the word "abortion" and allows for an exception "justified by a compelling State interest achieved by the least restrictive means."

California’s proposal goes a step beyond with the language on contraceptives. Some believe that if the high court overturns federal abortion protections, conservative groups will push for a ban on contraceptives.

"Too many times, history has shown us that human rights must be enshrined in the constitution so that no one can infringe upon them," said Sen. Toni Atkins, a Democrat and president pro tempore of the California Senate. "This is one such historic moment, and it must be met with a historic response."

California’s Supreme Court ruled in 1969 that the state constitution protects abortion, but the new proposal from Democrats would actually add an amendment to specifically list the procedure as a right.

"I think it just shows how this is a fixation for the Democrats in Sacramento that crowds out a lot of focus on other issues that are really concerning," he said.

The U.S. Supreme Court is considering a case from Mississippi over that state’s ban on most abortions after 15 weeks of pregnancy. California’s Democratic leaders and abortion rights activists were alarmed last month by the leak of a draft court opinion that declared abortion has no "sound basis in precedent." That opinion could change when the court issues a final ruling later this month.

"Recent events have shown us that we must take every measure imaginable to ensure the right to abortion remains possible in California," said Jodi Hicks, president and CEO of Planned Parenthood Affiliates of California. "No judge, or politician, should be able to rob people of their power to control their own bodies, their own lives, their own futures."

The constitutional amendment is among 13 proposed laws California Democrats have put forward this year designed to make California a sanctuary for pregnant people who live in states where abortion could soon be outlawed or severely restricted if the high court strikes down Roe. All the proposals have passed at least one legislative chamber, putting them on track to be signed into law later this year.

The amendment requires two-thirds approval in the Senate and Assembly, a threshold that should be easy for Democrats to meet because they control both by wide margins. Lawmakers have to act quickly, however, because the deadline to put the issue on the fall ballot is June 30.