A brush fire broke out near Dodger Stadium on Wednesday morning.

ELYSIAN PARK, Calif. - A small brush fire broke out near Dodger Stadium on Wednesday morning, and smoke from the blaze was seen by motorists on the 110 Freeway.

The two-acre brush fire was reported around 11:40 a.m. and burned near the southbound 110 Freeway at Stadium Way in the Elysian Park area. 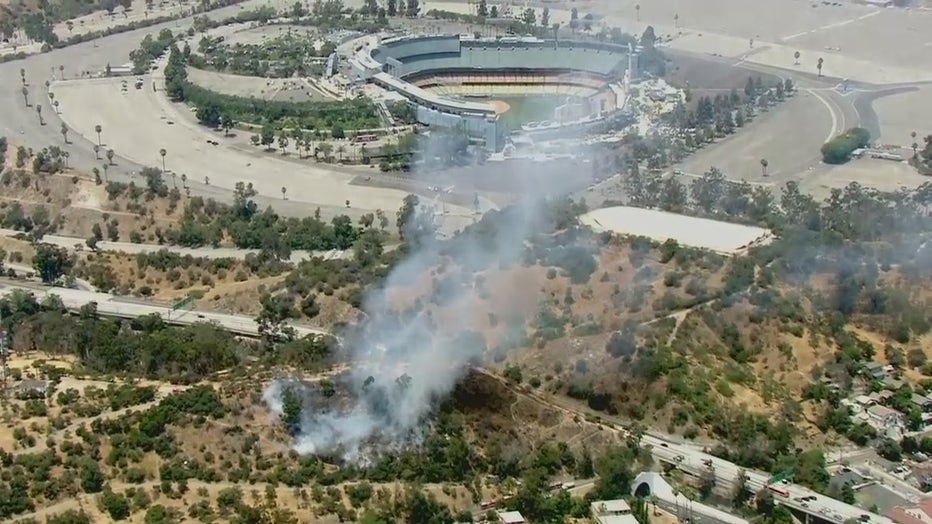 The Los Angeles Fire Department responded to the scene to fight the blaze.