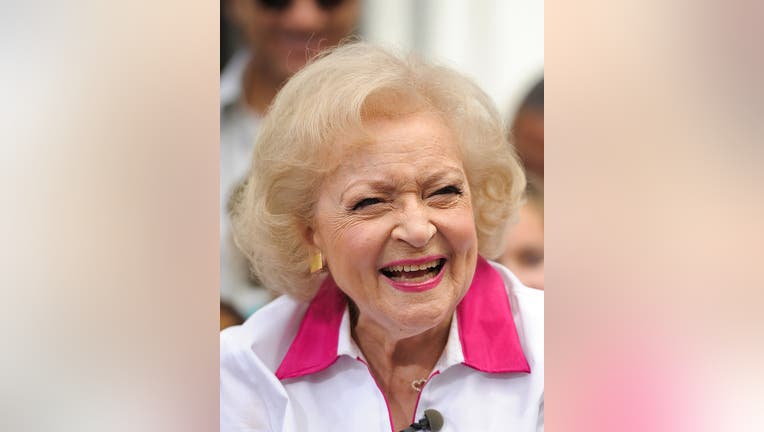 "Betty died peacefully in her sleep at her home. People are saying her death was related to getting a booster shot three days earlier but that is not true," Jeff Witjas, White's agent and longtime friend, said in a statement to People magazine.

"She died of natural causes. Her death should not be politicized -- that is not the life she lived."

Witjas had previously said White did not receive a booster shot on Dec. 28, despite social-media posts that claimed she did.

White died just 17 days shy of her 100th birthday, in her Brentwood home in the 500 block of North Carmelina Avenue, according to the Los Angeles Police Department.

A death investigation unit responded to the home around 9:30 a.m. Friday and reported that she died of natural causes.

White was a TV star for seven decades and is best known for her Emmy- winning roles on "The Mary Tyler Moore Show" and "The Golden Girls." She was also known as an animal advocate.

Tributes continue to pour in for Betty White

Fans made their way to Betty White's star on the Hollywood Walk of Fame to pay tribute to the TV icon.

On Friday afternoon, flowers were placed on White's star on the Hollywood Walk of Fame. Her star is next to that of Allen Ludden, her late husband and the former host of the game show "Password."

"Even though Betty was about to be 100, I thought she would live forever," Witjas said Friday.

"I will miss her terribly and so will the animal world that she loved so much. I don't think Betty ever feared passing because she always wanted to be with her most beloved husband, Allen Ludden. She believed she would be with him again."