From Grammy Award winner to comedy icon, a look back at the career of Betty White

The TV legend, activist, comedian and actress has had one of the longest careers in television history, transforming into a national treasure over the decades.

LOS ANGELES - Betty White shared her secrets to a happy life ahead of her 100th birthday, which includes trying to "avoid anything green" and finding the positive in any situation.

The "Golden Girls" star, who will celebrate her centennial birthday on Jan. 17, shared expert advice on living a long life — which seems to include having a sense of humor.

"I try to avoid anything green," White joked of her diet plan in an interview with People Magazine. "I think it’s working."

White, whose career has spanned more than 75 years, is known for some of her best television moments on "The Golden Girls," "The Mary Tyler Moore Show" and later in life on "Hot in Cleveland."

"I’m so lucky to be in such good health and feel so good at this age," White added. "It’s amazing."

She also credited being "born a cockeyed optimist" as the key to her upbeat nature.

"I got it from my mom, and that never changed," White said. "I always find the positive." 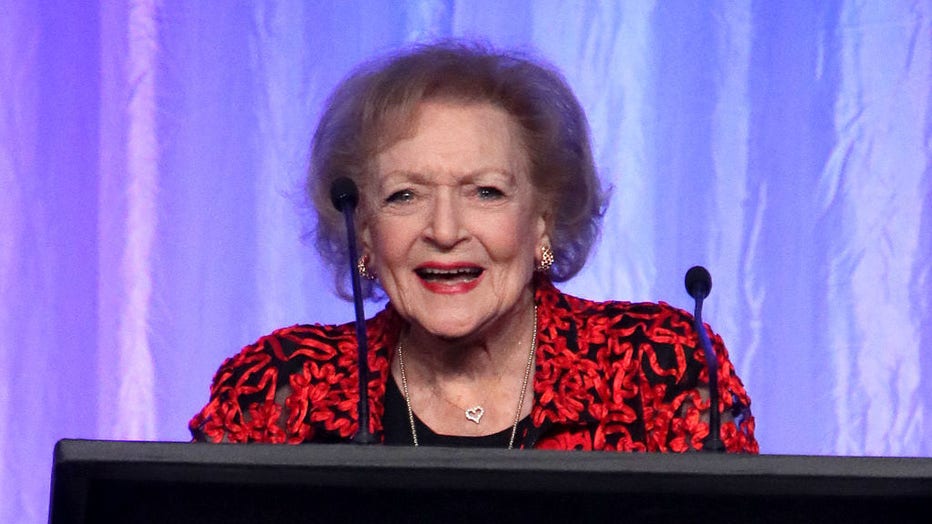 White has won eight Emmy Awards in various categories — five Primetime and three Daytime — as well as three American Comedy Awards, three Screen Actors Guild awards, and a Grammy. She’s recognized as the first woman to produce a sitcom and one of the first women to have control both in front of and behind the camera, according to the Television Academy.

She’s also known by her former co-stars as an actress who can always get a laugh.

"She’d come on my show, [‘The Carol Burnett Show’], and if there was a tinge of risqué humor in one of our sketches, she’d roll with it and make it even funnier and add a little wink to show that she was thinking of something sexy," legendary entertainer Carol Burnett, 88, told the magazine. "She’s not a stand-up. She’s not a jokester. It’s the way she can twist a line to get a laugh."

White, who starred in the 2009 film "The Proposal" alongside Sandra Bullock and Ryan Reynolds, brought that same energy to set.

"Timing isn't easy in comedy, because you have to navigate other people's timing. Betty pivots like I have never seen, making it look seamless," Bullock said. "The rest of us just remain silent and pray we're not cut out of the scene."

White was inducted into the Television Hall of Fame in 1985 and received a star on the Hollywood Walk of Fame in 1988. Earlier this year, she was honored as the 2021 "Woman of the Year" by California state legislators.

In honor of White’s 100th birthday, fans are invited to attend a one-day movie event featuring clips from some of her most famous roles and other revealing glimpses into the actress’ life.