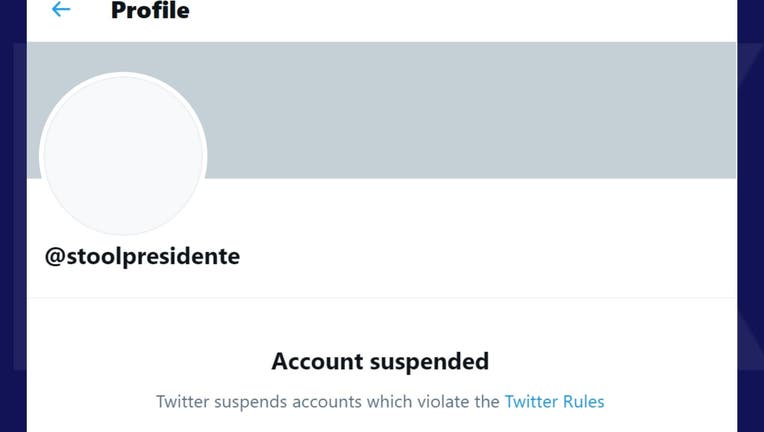 Portnoy, who goes by the handle @stoolpresidente, had about 2.5 million followers on Twitter prior to his brief suspension from the site.

For a short period of time, his account had a blank thumbnail – similar to when former President Donald Trump had his account suspended – with a message "Twitter suspends accounts which violate the Twitter Rules."

A little after 5:50 p.m., the account's handle resurfaced, but without the blue verified checkmark next to Portnoy's name. All of his old tweets, one of them as recent as two hours ago, also resurfaced with the account.

He later posted a message to his followers, "I'm back. #freeportnoy"

It is unclear what prompted Twitter to briefly suspend the Barstool founder.