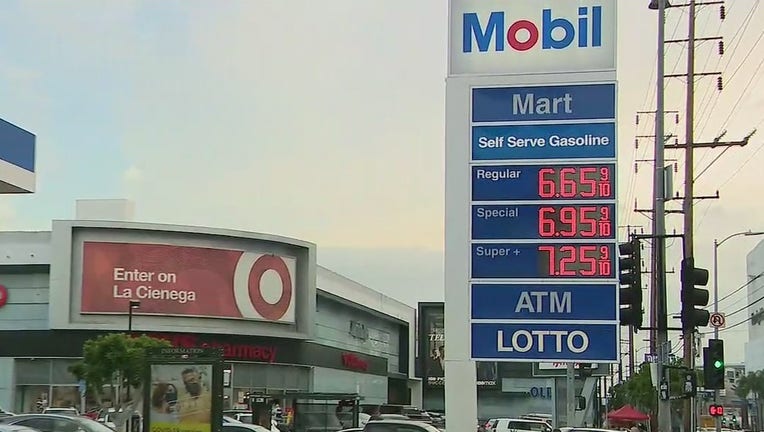 LOS ANGELES - Gas prices continue to increase and there doesn't seem to be any signs of it slowing down.

The average price of a gallon of self-serve regular gasoline in Los Angeles County recorded its second-largest increase since July 14, 2015, Sunday, rising 12.8 cents to $5.375, its 28th record in 30 days.

Each of the four highest increases since July 14, 2015, have occurred over the past four days. The average price rose 8.6 cents Thursday, 13.8 cents Friday and 9.5 cents Saturday, according to figures from the AAA and Oil Price Information Service.

Gas prices continue to increase and there doesn't seem to be any signs of it slowing down.

Oil industry analysts attribute the price spike to the possibility of a supply shortage because traders, shippers, insurance companies and banks are avoiding Russian oil transactions for fear of running afoul of Western sanctions.

The price spike "is not exactly surprising -- it is the cost of choking off Russia from energy revenue," said Patrick De Haan, head of petroleum analysis for GasBuddy,  which provides real-time gas price information from more than 150,000 stations.