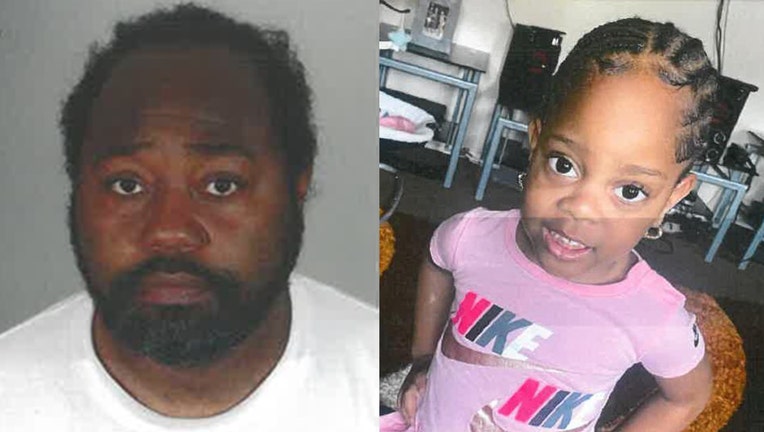 LOS ANGELES - Authorities asked for the public's help Tuesday morning in finding a 3-year-old girl with an unspecified medical condition who was taken from her legal guardian by her father, who was only allowed monitored visits with the child.

Police said Freddie Lee Wisner Jr., 40, went to the guardian's home Jan. 22 and took Nevaeh Wisner without the guardian's consent and has yet to bring her back, according to the Los Angeles Police Department.

Wisner and Nevaeh were last seen in the 10500 block of Antwerp Street, in Watts, police said.

Wisner is described as Black, 6-feet, 2-inches tall and about 220 pounds with black hair and brown eyes. Nevaeh is Black and has black hair, brown eyes, weighs about 40 pounds and is 3-feet tall, police said.

Nevaeh has an undisclosed medical condition and needs medical attention, the department said.