LOS ANGELES - A homeless man accused of arson in connection with a fire that destroyed a historic South Los Angeles church and injured three firefighters has been arrested, according to the Los Angeles Fire Department.

Security footage led to the arrest of 23-year-old Carlos Diaz, who is charged with three counts of arson, authorities said. Diaz is expected to be arraigned Tuesday. 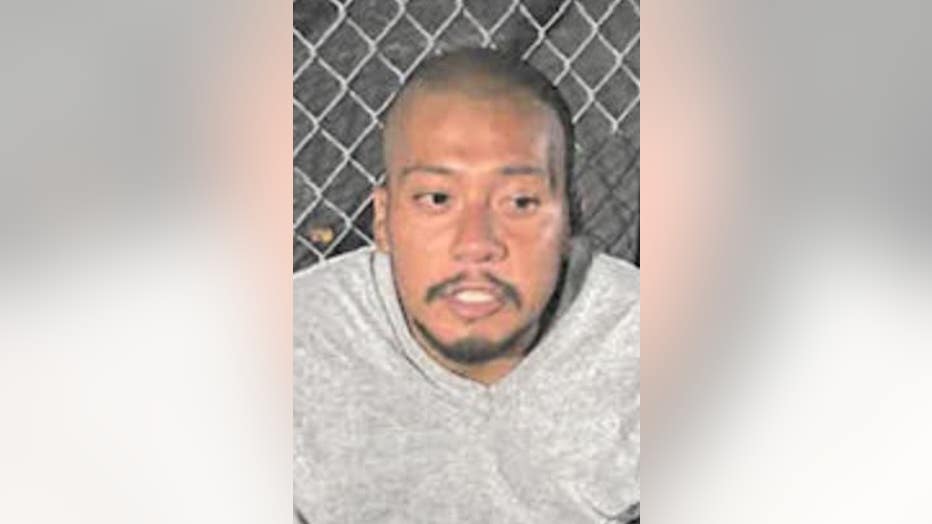 "The faithful investigators from several agencies worked hard to put the pieces together to apprehend the suspect and quickly get him off the streets, with the help of key eyewitness testimony," the LAFD said.

More than 100 firefighters battled the Sept. 11 fire at Victory Baptist Church on McKinley Avenue. The church was a total loss. It was previously designated as one of the city's historic landmarks.

Dr. Martin Luther King and Mahalia Jackson had visited the church in its past history.

Three firefighters were hurt after battling a church fire in South Los Angeles.

If you see someone actively committing arson, please dial 9-1-1 and report the fire/crime. If you have evidence, information, or concerns about a past arson incident, but the act is not underway (there is no current fire/emergency), please report that to Crime Stoppers at 1-800-222-TIPS (8477) or go online at lacrimestoppers.org.