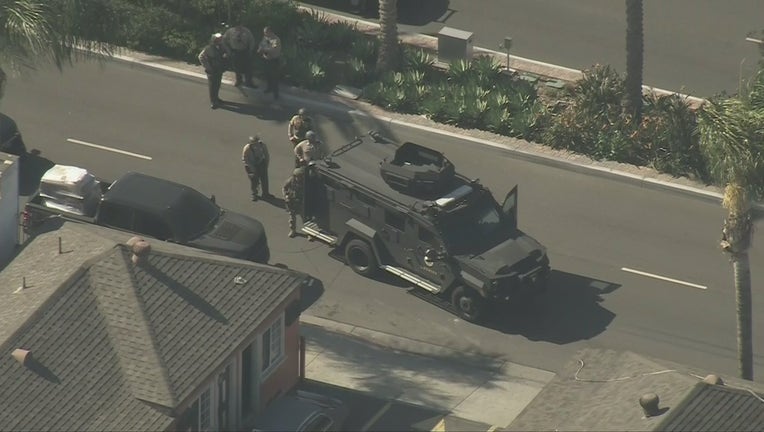 COMMERCE, Calif. - Two armed men were taken into custody Monday after barricading themselves in a building in Commerce and causing surrounding homes to be evacuated as a precaution.

Los Angeles County Sheriff's Department deputies were called about 1:20 p.m. to the 2300 block of Atlantic Boulevard, near the Pomona (60) Freeway, according to the department's Deputy Lizette Falcon.

At least one of the men was suspected of homicide, according to the LASD Special Enforcement Bureau. Further details on the crime were not immediately available.

SEB and Crisis Negotiation Team managed to negotiate a surrender with the suspects "after several hours and many verbal attempts," and the LASD announced just after 5:15 p.m. that the suspects were taken into custody. Their names were not immediately released.