PASADENA, Calif. - The Pasadena Police Department announced on Friday the internal review of the officer-involved shooting that resulted in the death of Anthony McClain found the officers did not violate the department’s policy in the use-of-force arrest.

McClain was fatally shot in the back by Pasadena police on August 15, 2020, just months after George Floyd was murdered at the hands of Minneapolis police officers.

McClain was a passenger in a vehicle that was pulled over by officers near Raymond Avenue and Grandview Street because the front license plate was missing. After being pulled over, McClain was asked to get out of the car. Video then shows McClain kicking off his shoes and running away.

What happened next is where the accounts starkly contrast. Video footage from police body-worn cameras and a vehicle dashboard camera show McClain’s left hand near his midsection and his back to the officer.

Then-Pasadena Police Department Chief John Perez, who released police videos of the shooting following the traffic stop, said the fleeing McClain could be seen holding a gun in his waistband as he bolted from the passenger seat of the car, and that he then held it in his left hand as he ran. 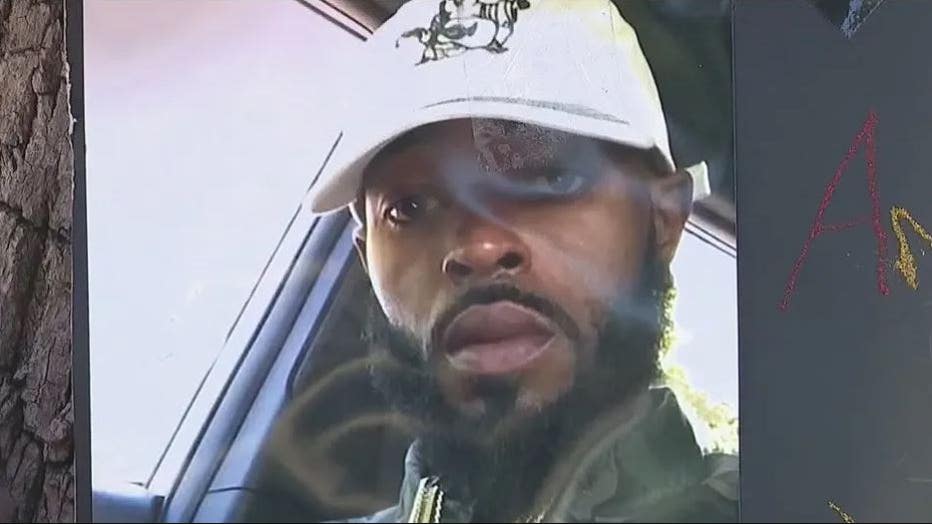 Prominent civil rights attorney, Benjamin Crump, said during a news conference last year that the shooting was unjustified.
During the same news conference, Attorney Carey Harper showed another video from the deadly incident that appeared to show an officer putting his knee on McClain’s back. However, it's not 100% clear from the video if the officer is kneeling on McClain or on the ground next to McClain.

District Attorney George Gascón said that his office informed the family of Anthony McClain, along with the families of Marquintan Sandlin, 32, and Kisha Michael, 31, who were also killed by police, that they "could not prosecute the police officers who took the lives of their loved ones. We know this is excruciating and that the families are understandably devastated."

A 30-page document released by the District Attorney's Office involving the shooting in Pasadena concluded that there is "insufficient evidence to prove beyond a reasonable doubt that Dumaguindin's decision to use deadly force was unreasonable," finding that "the evidence presented strongly supports that McClain possessed a firearm."

On Friday, Pasadena PD officials said its Use of Force Review Board "conducted a comprehensive review and made recommended findings in accordance with the department policy."

"The Pasadena Police Department takes all uses of force seriously, especially those which result in the loss of a person’s life," said Interim Chief of Police Jason Clawson in a statement.  "I am committed to holding myself and the other members of the Department accountable for our actions, individually and collectively, and I am confident that we took a critical and comprehensive look at what happened. I encourage the public to review the complete investigation. Ultimately, this incident resulted in the loss of Mr. McClain’s life, and it was tragic for all those involved and for the community."

In Pasadena, the city’s chief of police is responsible for determining whether a use of force complies with department policy, adding that the city manager and city council are not involved in the disciplinary process.

McClain would have celebrated his 34th birthday in March.