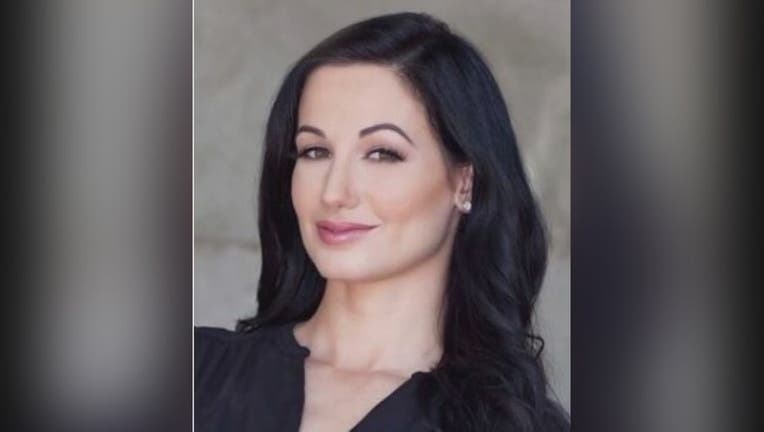 LOS ANGELES - An ex-boyfriend of a marriage and sex therapist was ordered Thursday to stand trial for allegedly throwing the woman to her death from the third-floor balcony of her Hollywood Hills home last year.

After a hearing that stretched over portions of more than a week, Los Angeles County Superior Court Judge Michael E. Pastor said the prosecution had presented "more than enough evidence" against Gareth Pursehouse in connection with the Feb. 15, 2020, death of 38-year-old Amie Harwick.

Pursehouse, now 43, is charged with one count each of murder and first- degree residential burglary, along with the special circumstance allegation of lying in wait.

Deputy District Attorney Victor Avila told the judge that the events that culminated with Harwick's death began with an exchange about a month earlier between the victim and Pursehouse outside the XBiz adult entertainment awards ceremony at the JW Marriott in which he allegedly told her that she had ruined his life and called her a "bitch."

The prosecutor contended that the defendant -- whom he called "obsessed" with Harwick -- broke into her home and waited about four hours for her to return in an attempt to "catch her by surprise" while armed with a syringe containing a "lethal" dose of nicotine.

"With his strength, he throws her over the balcony," the deputy district attorney told the judge, noting that the 5-foot-4, 120-pound woman had likely fought back against Pursehouse, who is 6-foot-3 and 100 pounds heavier than she was.

DNA evidence found underneath her fingernails and on a French door in her living room linked Pursehouse to the attack, Avila said.

One of Pursehouse's attorneys, Jannet Santiso, noted that the DNA evidence could not be dated and neither could scratches and bruises subsequently found by police on Pursehouse. She also questioned whether the DNA evidence may have been contaminated.

Another defense attorney, Robin Bernstein-Lev, told the judge that testimony that Pursehouse appeared emotional and distraught when he and Harwick met up outside the Jan. 16, 2020, awards show did not prove anything other than that he was trying to talk to her.

There was "no evidence Mr. Pursehouse ever made a threat of harm" to Harwick and "no evidence of a homicidal intent" by Pursehouse, Bernstein- Lev said.

"There is no evidence that she was thrown from a balcony," Bernstein- Lev said. "... They're asking this court to speculate."

Police responded to the home about 1:15 a.m. that day in the 2000 block of Mound Street following a 911 call by Harwick's roommate, who reported hearing her screaming.

The woman's roommate testified that he went to the back patio with police and found her "struggling to breathe."

Harwick -- a published author who was once briefly engaged to comedian and "The Price is Right" host Drew Carey -- was taken to a hospital, where she was pronounced dead from what the coroner's office concluded were blunt force injuries of the head and trauma. Evidence of manual strangulation was listed under "other significant conditions" by the coroner's office.

On social media, Carey posted a short video of him with Harwick after news of her death broke and wrote, "I hope you're lucky enough to have someone in your life that loves as much as she did."

Pursehouse was initially arrested at his home in the 8100 block of Cabora Drive in Playa del Rey on the day Harwick died, but was subsequently released a few days later on a $2 million bond. He was re-arrested four days later on a no-bail warrant and has been held without bail since then.

One of Harwick's friends, Hernando Chaves, who was on hand at the XBiz awards ceremony, testified that Harwick discussed safety plans after talking with Pursehouse outside the show and that she subsequently texted Chaves that she rebuffed Pursehouse's subsequent attempt to reach out to her after finding her phone number online.

Another friend testified Harwick told him that Pursehouse behaved very irrationally at the awards show.

"She said if anything ever happens to me, it would be Gareth who did it," said Robert Coshland, who described the victim as his closest friend.

Friends testified that they had never seen the woman smoke nicotine cigarettes, vape or inject herself.