LAX airport officials revamped the LAX-it lot after some passengers complained about its flaws.

LOS ANGELES - The much-debated LAX-it pickup lot for taxis and ride-hailing services at Los Angeles International Airport will get 50% bigger Wednesday in an effort to alleviate complaints about extended wait times, particularly during peak hours.

The LAX-it lot opened Oct. 29. Airport officials said they needed to move taxi, Uber and Lyft pickups out of the airport's Central Terminal Area to relieve ever-growing congestion that has been compounded by long-range construction projects.

Arriving passengers looking for a taxi or Lyft/Uber ride must now take a shuttle bus from the terminal area to the remote lot, which is adjacent to Terminal 1. 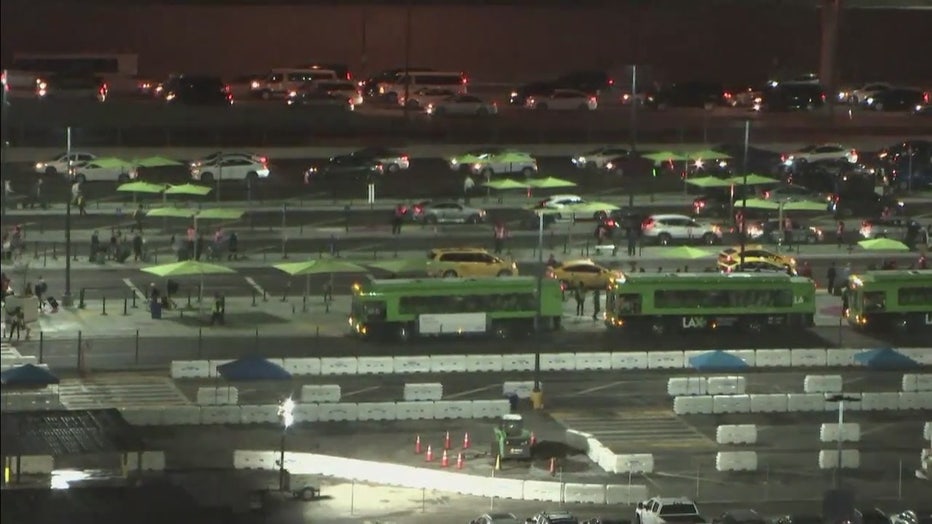 Airport officials have been working to tweak the system since it opened, responding to complaints from some passengers about issues catching shuttles and then waiting in long lines at the LAX-it lot to pick up a taxi or ride-hail vehicle. Taxi drivers have complained about being forced away from terminal curbsides, saying the curbside service was the industry's main competitive advantage over the ride-hailing companies.

Some taxi drivers have complained that they have been forced to wait in extensive lines of vehicles waiting to get into the pickup lot.

On Tuesday, Deborah Flint, CEO of Los Angeles World Airports, the city agency that manes L.A.-area airports, told a Los Angeles City Council committee that difficulties were expected with the transition to the remote lot, but she said the system is improving.

"We knew from other airports' experiences that have moved ground transportation in response to major construction or to the evolution of the more intense ground transportation, that this was going to be complicated," Flint told the council's Trade, Travel and Tourism Committee. 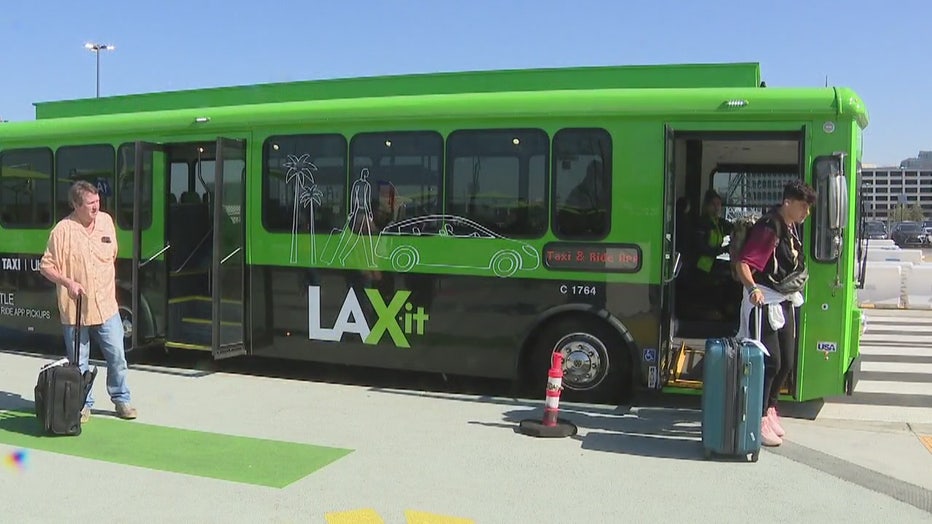 The LAX-it lot grew by 50% by 3 a.m. Wednesday, with Lyft vehicles being moved entirely into the expansion area, and Uber adding Lyft's former pickup lanes into its pickup area. Taxi services will also have additional space with the expansion, airport officials said.

Airport officials said more signs will be added to "help guests find their ride," and staff will continue to be stationed at the lot to help passengers find their way.

LAWA officials insisted that passengers are on average waiting three to five minutes at terminals to be picked up by a shuttle bus, with the trip to the lot taking 10 minutes or less. Airport officials also said passengers are seeing reduced wait times for their taxi/ride-hail rides, generally taking less than 10 minutes during non-peak hours.

But there have been complaints about the system during peak hours. Some riders have told reporters they had to wait sometimes more than an hour to get their ride, citing long lines of waiting passengers and vehicles trying to enter the lot.

Last week, City Councilman Paul Koretz -- a staunch supporter of the taxi industry -- introduced a motion calling for a resumption of terminal- curbside pickups for taxis.

LAX officials made adjustments to the pickup system last week, in part by tweaking traffic patterns in the terminal area, adding traffic-control officers and posting more employees in the terminal area to help passengers adjust to the system. The airport also added more shuttle buses, increasing the fleet from 29 to 35.

Airport officials noted last week that since the LAX-it system has succeeded in its primary mission, reporting that traffic in the terminal area had improved dramatically since the shuttle system