Agoura High School has dedicated its football season to 15-year-old Carter Stone, who died from complications following a routine surgery in August.

Instead, doctors found a tumor on his heart caused by undetected T-cell leukemia.

Carter went from seemingly healthy to unexpectedly passing away.

The Agoura High football team came together, adopting "Be Like Carter" as their team mantra.

Under the Friday night football lights, every player on the team wears the number 76 on their helmet in honor of Carter. 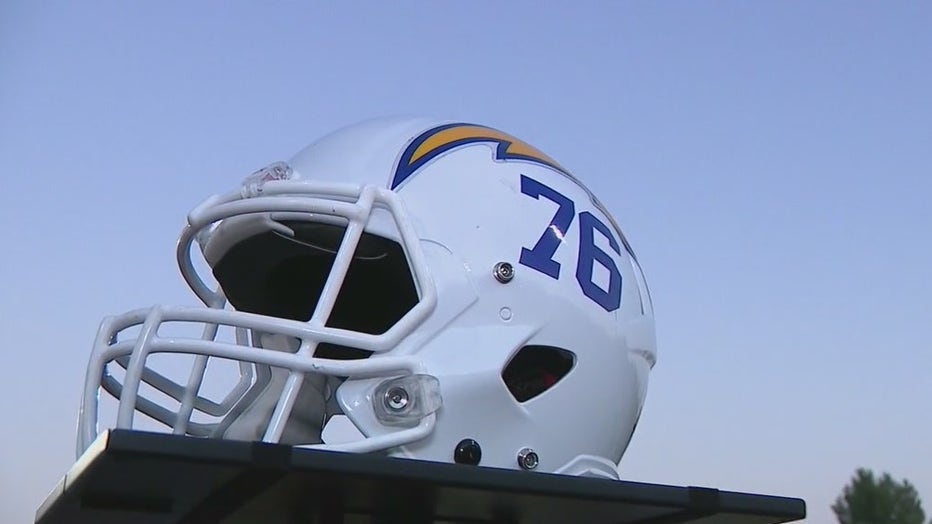 Carter's mom, Danielle spoke with FOX 11 exclusively about her son.

"I dare you to find someone who said that he wasn't the kindest kid they ever met," she said.

At 15-years-old, Carter was excited to start high school at Agoura and spent the summer practicing with the football team.

After his first day of freshman year, he was scheduled for what he thought was a routine shoulder surgery. 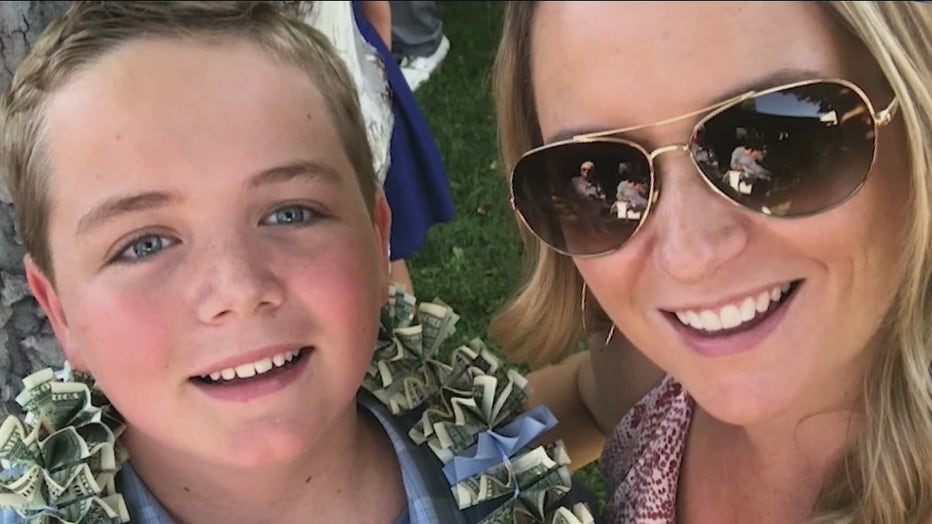 In surgery, doctors discovered a massive tumor on his heart.

"Just snowballs… just so quickly, you know… and I think that leads to a lot of shock," Danielle said.

With the family deep in mourning, this community vowed to "Be Like Carter" - work hard, be humble, and kind.

"I would not be able to even get out of bed right now, without all the support that we've received," Danielle added.

Carter's name was suddenly was everywhere.

They even sell merchandise on belikecarter.com. 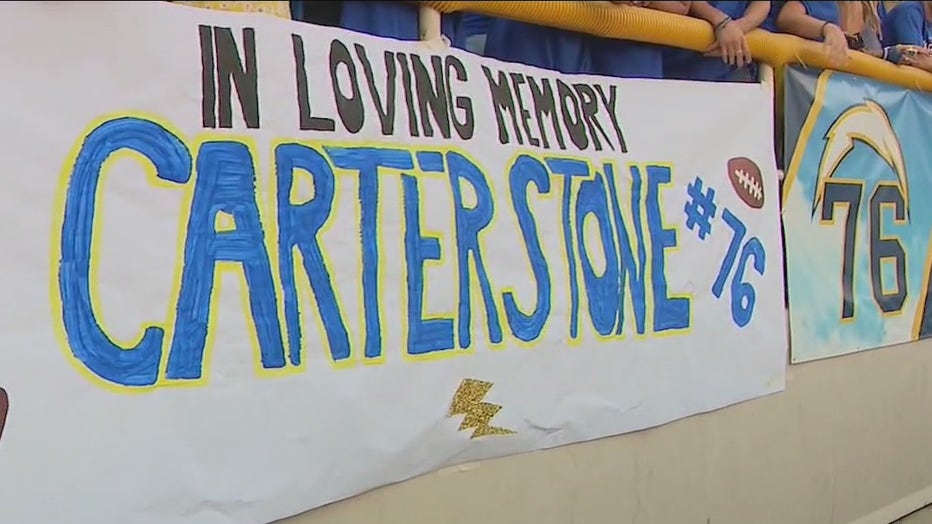 The Los Angeles Rams heard about him and invited the Stones to a private practice.

Danielle said every player expressed condolences in the most meaningful way.

"Reminded us that we are not alone. We are part of this huge connection," she said.

Football dedicated their season to Carter, with the JV team vowing to go undefeated. So far they're 7-0.

"They decided from that day that they were going to come together and play for him, and it's been amazing to see," he said. 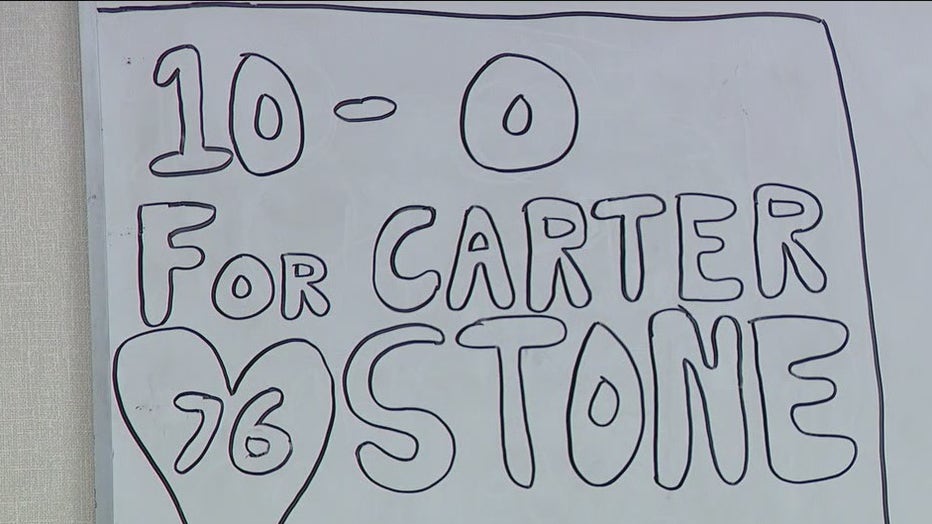 There was a flyover for Carter, and the school inducted into its Hall of Fame, former NFL star Joey LaRocque and former NFL trainer Ryan Capretta.

At the game, Danielle announced a "Be Like Carter" scholarship co-founded by the nonprofit California Strong and Proactive.

"Understanding that it's not all about just being the best player on the team, but understanding how to be a real good teammate," said Capretta.

Scholarship recipients will train at Proactive and be mentored by Braun.

"Trying to bring some joy to an incredibly difficult, heartbreaking situation," he said. 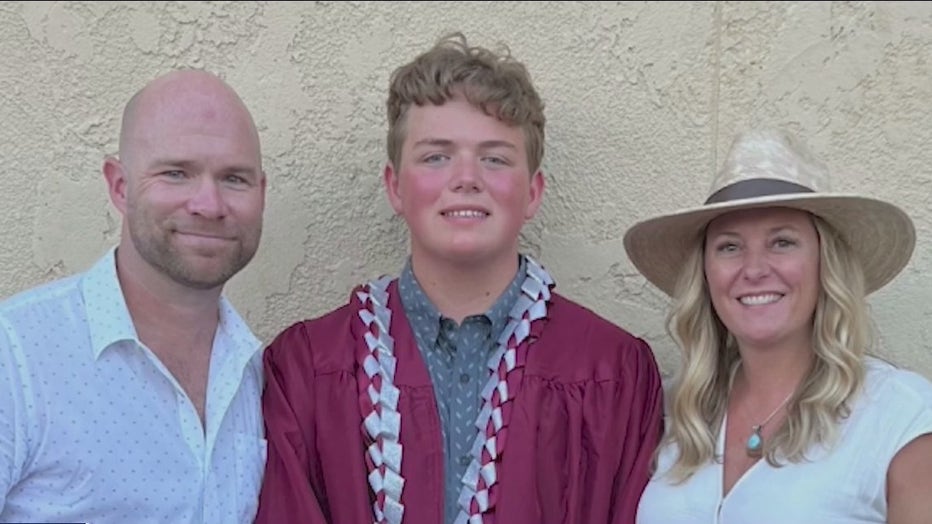 For Capretta, this is personal.

After he and his high-profile friends almost lost their homes in the 2018 Woolsey Fire, they formed California Strong  to help disaster victims and raised millions through celebrity softball games.

For much of the time, Danielle served as the nonprofit's director with Carter, a big supporter.

"We all had an opportunity to meet Carter multiple times, so just trying to do something to help his legacy," Braun said.

Danielle was often there distributing checks to other victims of tragedy. 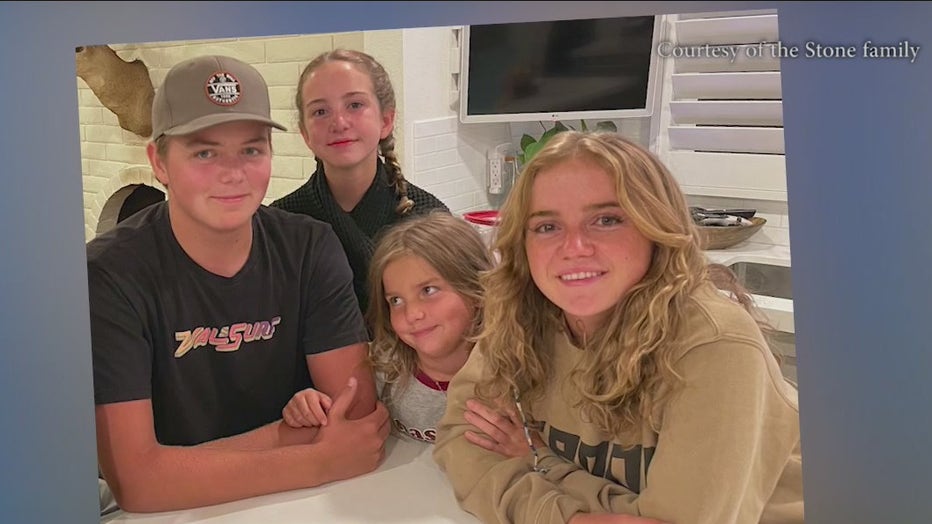 "It's weird to be on the other side of that, and to feel like now they're doing that for our community… in Carter's name," she said.

She's overwhelmed by the impact of "Be Like Carter."

"You know, it just makes it a little bit better. Because you lost your kid… like what do you get for that? What do you get in return? A lot of tears, a lot of heartache, but if you can say ‘well we also got these other beautiful gifts'… and I have parents that come up to me and say ’my kid took out the trash the other day.' And I was like, ‘what are you doing? You've never taken the trash out.' And he said, 'because I wanna be like Carter.' And if every kid in this community does one act of kindness, one act of generosity or truth… that's a lot… that's a big impact," Danielle added. 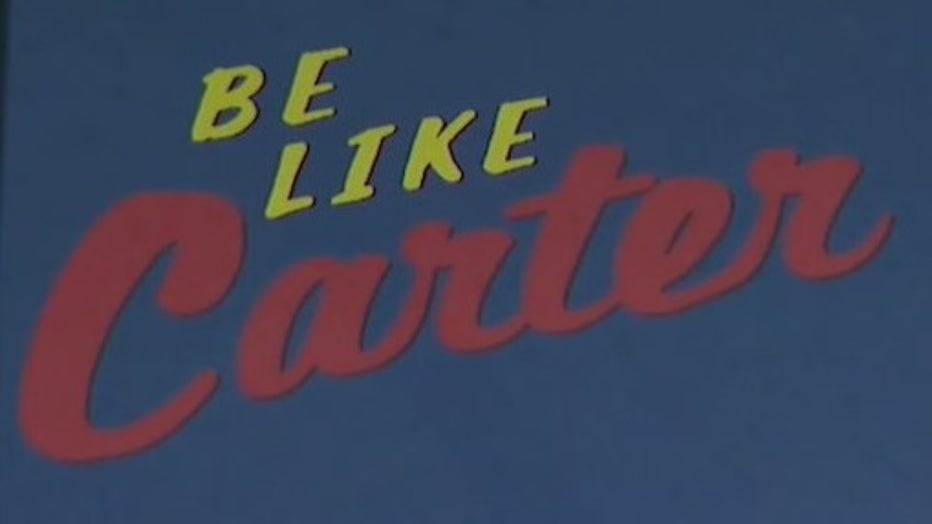 To join the movement and for more information, visit belikecarter.com.