In his final press conference, Attorney General William Barr said he saw no reason to appoint a special counsel on the tax investigation into Hunter Biden.

WASHINGTON - Breaking with President Donald Trump, outgoing Attorney General William Barr said Monday he saw "no reason" to appoint a special counsel to look into the president’s claims of election fraud or the tax investigation into the son of President-elect Joe Biden.

In his final press conference, Barr also broke with Trump in reinforcing that federal officials believe Russia was behind the cyberespionage operation targeting the U.S. government. Trump had suggested without evidence that China could be responsible.

Barr said the investigation into Hunter Biden's financial dealings was "being handled responsibly and professionally."

"I have not seen a reason to appoint a special counsel and I have no plan to do so before I leave," he said. 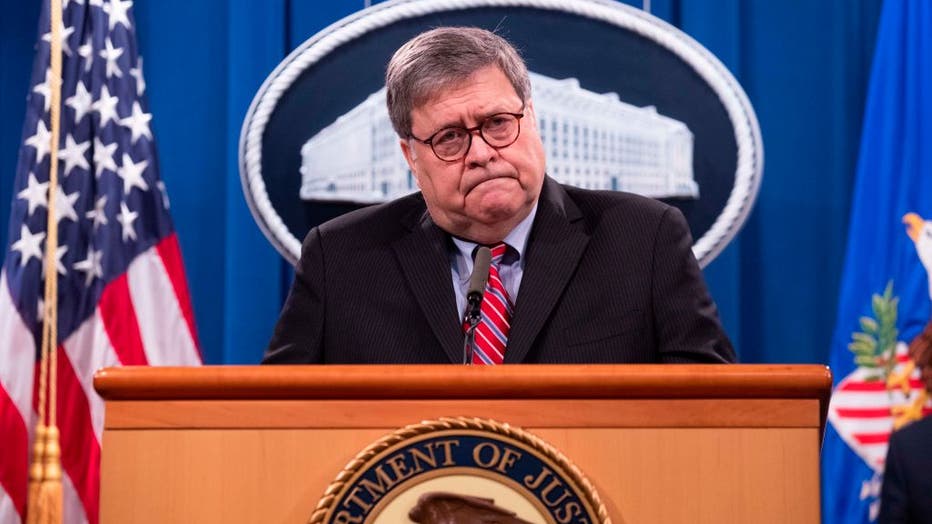 U.S. Attorney General William Barr looks on during a news conference to provide an update on the investigation of the terrorist bombing of Pan Am flight 103 on the 32nd anniversary of the attack at the Department of Justice in Washington, D.C., on De

Barr also told The Associated Press in a previous interview that he had seen no evidence of widespread voting fraud, despite Trump's claims to the contrary. Trump has continued to push baseless claims even after the Electoral College formalized Biden's victory on Dec. 14.

Trump — angry that Barr didn’t publicly announce the ongoing, two-year investigation into Hunter Biden — has consulted on special counsels with White House chief of staff Mark Meadows, White House counsel Pat Cipollone and outside allies, according to several Trump administration officials and Republicans close to the White House who spoke to The Associated Press on condition of anonymity to discuss private matters.

Beyond appointing a special prosecutor to investigate the younger Biden, the sources said Trump was interested in having another special counsel appointed to look into his own unfounded claims of election fraud. Trump has even floated the idea of naming attorney Sidney Powell as the counsel on election fraud — though Powell was booted from Trump's legal team after she made a series of increasingly wild conspiratorial claims about the election.

Naming a special counsel would make it harder for Biden to shut down investigations. But it’s not clear how it could be done without buy-in from Justice officials. And if Trump was expecting his newly named acting attorney general, Jeff Rosen, to go further than Barr on either matter, he could end up quickly disappointed.

Barr said the hack of U.S. government agencies "certainly appears to be the Russians."

In implicating the Russians, Barr was siding with the widely held belief within the U.S. government and the cybersecurity community that Russian hackers were responsible for breaches that have affected multiple government agencies, including the Treasury and Commerce departments.

Hours after Secretary of State Mike Pompeo said in a radio interview that Russia was "pretty clearly" behind the hacks, Trump sought to undercut that message — and downplay the severity — by tweeting that the "Cyber Hack is far greater in the Fake News Media than in actuality." He also said China could be responsible even though no credible evidence has emerged to suggest anyone other than Russia might be to blame.