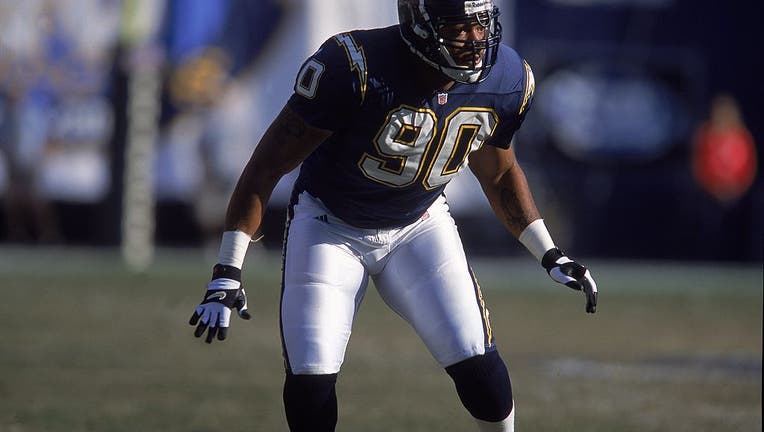 3 Dec 2000: Adrian Dingle #90 of the San Diego Chargers starts to move during the game against the San Francisco 49ers at the QualComm Stadium in San Diego, California. The 49ers defeated the Chargers 44-17.Mandatory Credit: Stephen Dunn /Allsport

Clemson University issued a statement Thursday confirming news of Dingle’s passing. The cause of death was not immediately revealed.

Dingle played at Clemson from 1995-98, serving as a starting defensive end after his freshman season. As a senior, he recorded 10.5 sacks, which was a single-season record at the time, and he currently ranks sixth in school history with 23 sacks.

Dingle was drafted by the Chargers in the fifth round of the 1999 NFL Draft, but missed his rookie season due to injury.

Dingle played five seasons in San Diego, where he finished his career with 94 tackles, 14.5 sacks, two forced fumbles and one interception.

Paulina Dedaj is a Sports Reporter for Fox News Digital.