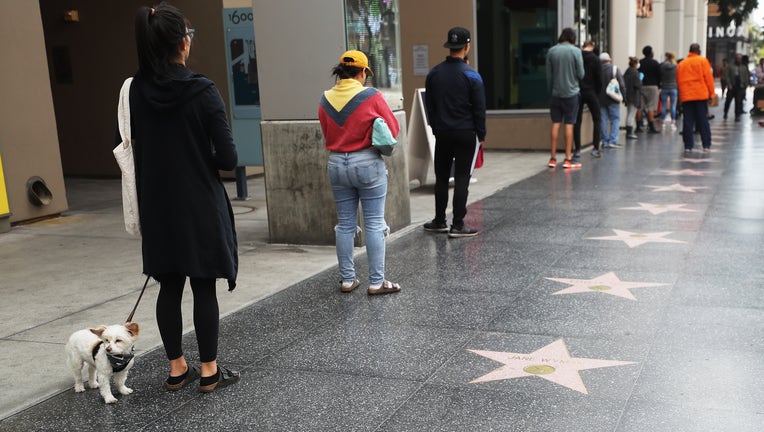 SACRAMENTO, Calif. - California Gov. Gavin Newsom on Tuesday detailed an optimistic look as to how the state will ease its restrictions under the current stay-at-home order amid the coronavirus pandemic.

Newsom outlined the following six factors will play a role in how officials will move forward:

Newsom shared that the outlook was a frame of "optimism and hopefulness," and ensured residents that the state's stay-at-home order would not be permanent.

State officials are working in preparing their next steps as the state moves transitions from a "surge" to a state of "suppression" in the virus outbreak.

As summer break approaches, along with Memorial Day and Fourth of July holidays, Newsom said large social gatherings will not be in the cards anytime soon.

On March 19, Newsom issued a statewide order for California’s 40 million residents to stay home due to the coronavirus outbreak in order to slow the spread of the virus and flatten the curve. 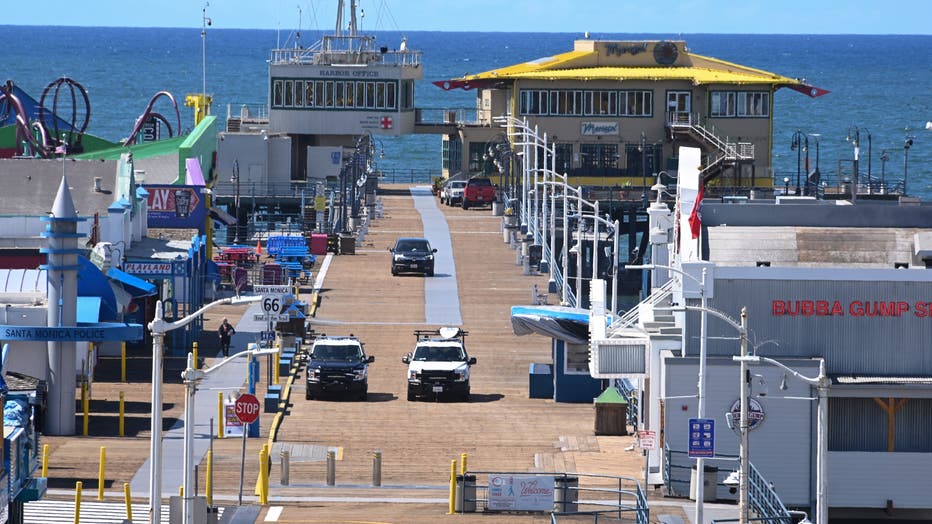 The latest numbers reflect the county has ballooned to 9,420 cases as of Tuesday morning, as well as thousands of additional cases across Southland. 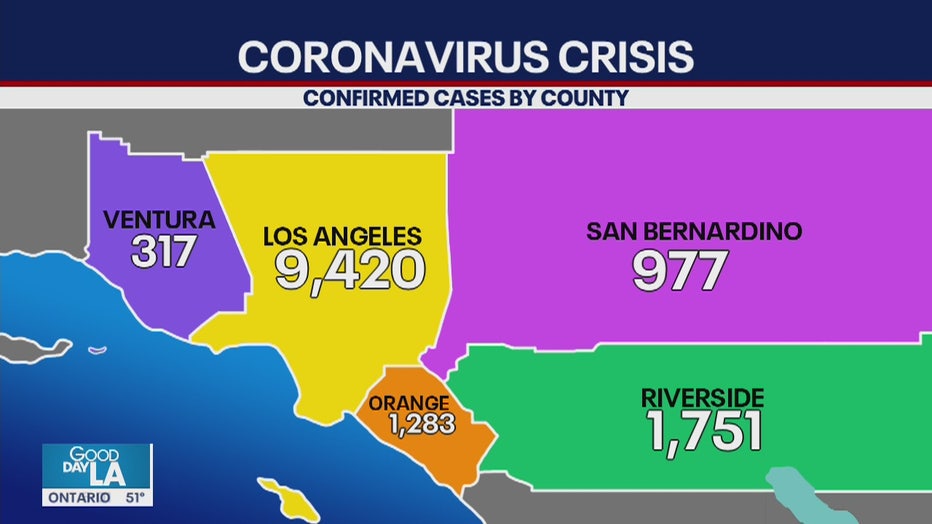 The city's "Safer at Home," order has been extended through May 15.

Los Angeles Unified School Districts Superintendent Austin Beutner announced that its schools would remain closed and that remote learning would resume through the academic year and summer school.

Newsom warned earlier this month that schools would not reopen until the next academic year.

• California schools to remain closed until next academic year

There may be staggered times in which students are able to return to school once it's safe to do so, Newsom said. He said he continues to work with superintendents across the state to implement proper next steps.

In addition, officials are considering new floorplans at school and businesses that will allow for increased distancing.

While most states were expected to hit its peak within in mid-April, Newsom is sticking by his anticipated ideology that The Golden State will hit its peak in mid-May. 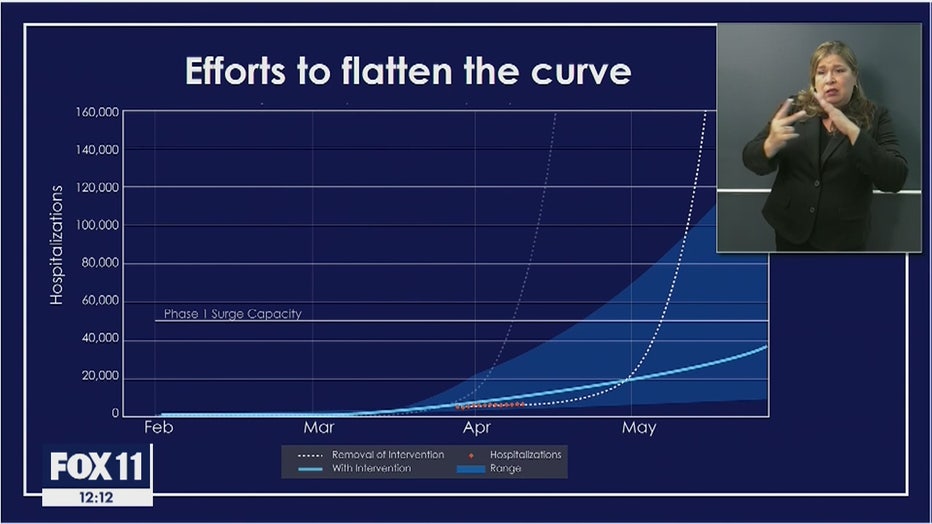 While Newsom did offer an optimistic look in Tuesday's briefing, it was apparent that the state will return to what be known as a "new normal."

An example provided by the California Department of Public Health Director, Dr. Sonia Angell, included the possibility of having fewer tables at restaurants when it's safe to dine again, which will allow for increased distancing. 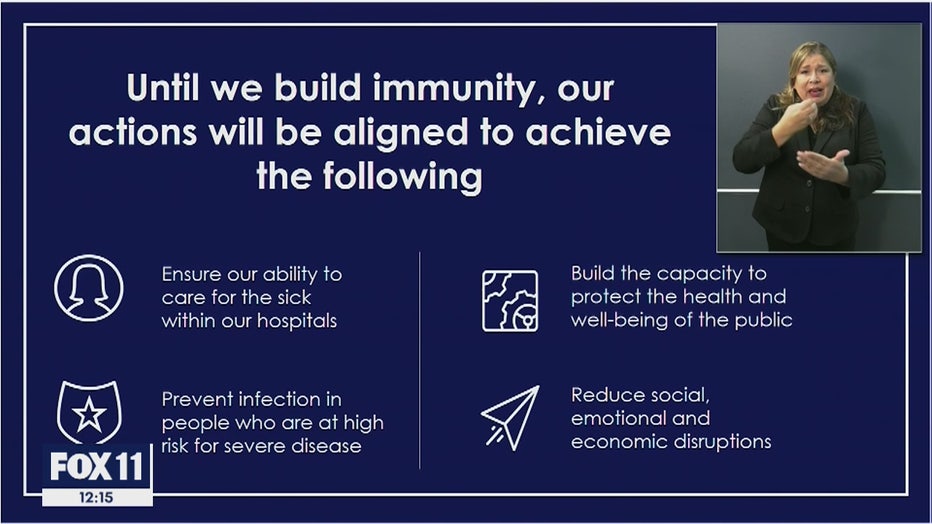 Newsom announced Monday that California, Washington and Oregon have formed a pack on how they will gradually reopen the states' economies.

However, Dr. Anthony Fauci, said it’s far too soon for state’s to ease up on their stay-at-home orders in order to reopen the economy.

In an interview with The Associated Press, Fauci said, "We have to have something in place that is efficient and that we can rely on, and we’re not there yet."

RELATED: Fauci: 'We're not there yet' on key steps to reopen economy

Federal, state, and local officials have emphasized the need for residents to continue social distancing.

Los Angeles, Beverly Hills, Burbank and Culver City have policies in place that require workers at essential businesses and customers to wear face coverings. The mandate went into effect Friday.

Newsom did not give an estimated date as to when he will begin loosening the state's stay-at-home order.

However, he did say it depends on residents' efforts to continue practicing physical distancing and obeying the state's current order in addition to a flattening in ICU and hospitalized COVID-19 patients.

The governor said he could have a more precise answer in two weeks.