SACRAMENTO, Calif. - California Gov. Gavin Newsom on Thursday ordered the state’s 40 million residents to stay at home, restricting non-essential movements to control the spread of the coronavirus that threatens to overwhelm the state’s medical system.

“This is a moment we need to make tough decisions,” Newsom said. “We need to recognize reality.”

His move came after counties and communities covering about half the state’s population already had issued similar orders.

People may still leave their homes for walks and exercise and for essential needs such as food and medical care. Restaurant meals can still be delivered to homes 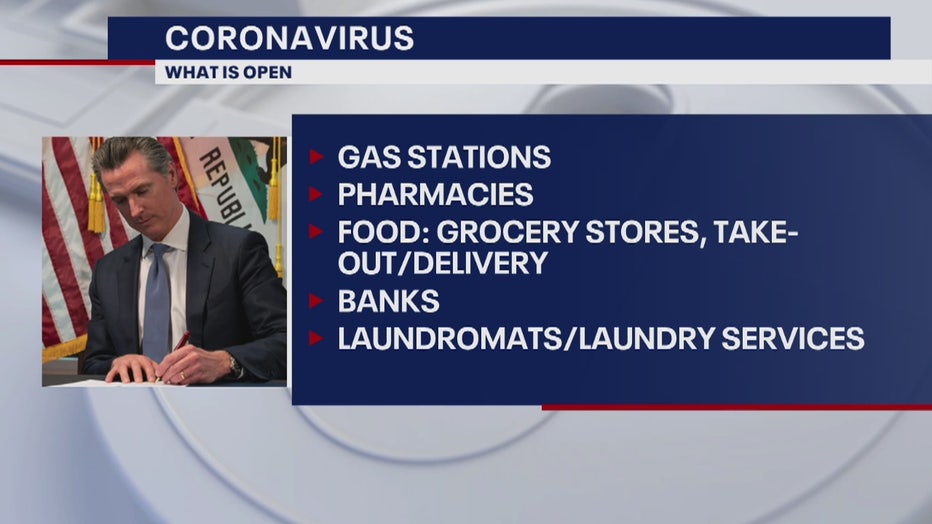 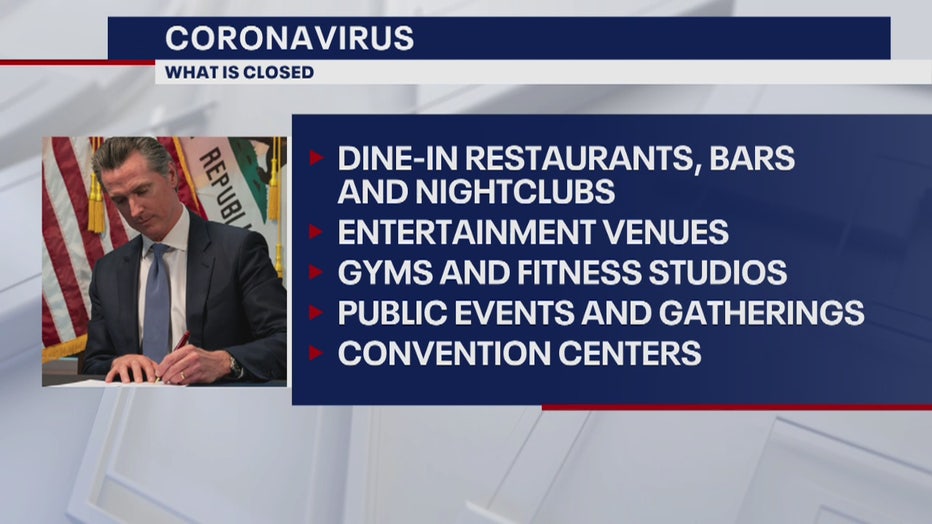 Newsom earlier in the day asked the president to deploy a U.S. Navy medical ship to help the state expand its medical capacity and warned that more than half of California’s residents could contract the new coronavirus.

Newsom asked President Donald Trump to send the USNS Mercy Hospital Ship to the port of Los Angeles for use through Sept. 1, in a letter dated Wednesday. California has disproportionately aided people returning to the U.S. from foreign countries and needs the ship to help “decompress” its health care delivery system as infection rates climb, Newsom wrote. The ship is based in San Diego.

RELATED: List of California cities ordered to 'shelter in place’

He said infection rates are doubling every four days in some parts of the state and issued the dire prediction that 56% of California’s population could contract the virus over the next eight weeks.

His spokesman later confirmed that number does not take into account aggressive mitigation efforts underway across the state. Many large counties had already been issuing shelter-in-place orders aimed at keeping Californians confined to their homes and Newsom had directed the closure of bars, gyms and other gathering spaces statewide.

“This projection shows why it’s so critical that Californians take action to slow the spread of the disease — and those mitigation efforts aren’t taken into account in this projection,” spokesman Nathan Click said in an emailed statement.

Newsom’s letter to Trump said 25.5 million people could be infected. But the state’s population is estimated to be just shy of 40 million, meaning 56% of the population would be closer to 22.4 million people. The governor’s office did not respond to questions about his calculation or offer a prediction that considers efforts to stop the spread of the infection.

For most people, the new coronavirus causes only mild or moderate symptoms, such as fever and cough. It can cause more severe illness, including pneumonia, for some people, especially older adults and those with existing health problems. Most people recover — those with mild illness in about two weeks, while those with more severe illness may take three to six weeks, according to the World Health Organization.

In a separate letter, Newsom on Thursday asked U.S. House and Senate leaders for $1 billion to support surge planning for state and local health systems. He said that money would be needed to do things like set up state-run and mobile hospitals, housing options to help people socially distance and testing and treatment for people without health insurance.

He also asked for assistance so the state can extend unemployment benefits beyond the usual 26-week limit, expand food assistance programs, resources for the homeless and tribal communities and boost childcare programs. He further asked for assistance for schools, aid to local and state budgets and transportation relief.

“While California has prudently built a sizable Rainy Day Fund over the past ten years, the economic effects of this emergency are certain to mean that the state and its 58 counties will struggle to maintain essential programs and services,” he wrote.

It warned many California households “may fall into poverty” without a “substantial economic intervention.”

Meanwhile, not everyone was following orders to stay home. In a Northern California county where officials have ordered residents to stay home and non-essential businesses to close because of the coronavirus pandemic, a gun shop is refusing.

“We’ll start out nice,” Kelley said. “Then we’ll post a notice to close and then we will take enforcement.”

Solar Tactical did not answer phone calls nor immediately respond to messages sent through its website. A message on its Facebook page said the store is now operating on an appointment-only basis and urged customers to call local police to protest the effort to close it.

“Your 2nd Amendment right is no longer considered essential during forced shelter in place,” the shop said. “Please share and get the word out. Call your local officials, news stations, and Alameda County Sheriffs office to let them know how you feel about your 2nd Amendment rights being taken away.”

Gun sales have spiked as consumers who worried that people are becoming desperate and unpredictable amid the outbreak rushed to buy weapons and ammunition.