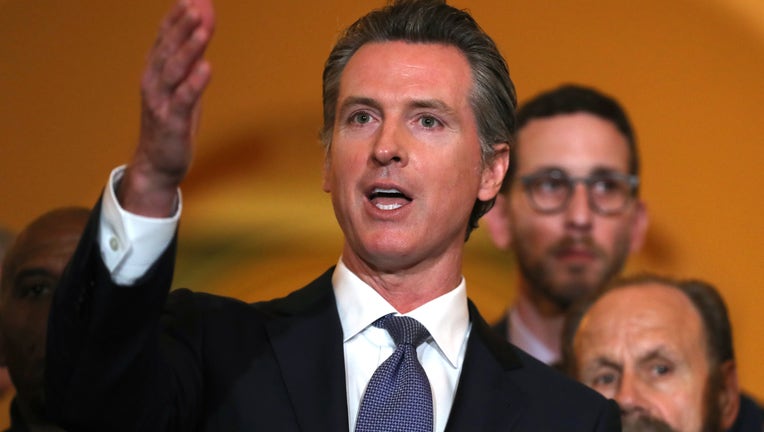 SACRAMENTO, Calif. - Gov. Gavin Newsom is sticking with a mid-May projection for when the COVID-19 outbreak will reach its peak in California, continuing efforts to stockpile hospital beds and protective gear for health care workers even as a new analysis suggests the virus’ spread could be slowing sooner.

While confirmed cases and deaths continue rising in California, the rate of hospitalizations and intensive-care placements — a key indicator of resources the state needs — have been increasing more slowly. Both rose less than 5% over the weekend. It was enough that Newsom felt comfortable loaning 500 ventilators to other states.

Newsom on Monday gave his update on the virus efforts at the Sleep Train Arena in Sacramento as workers prepared 400 hospital beds. It’s part of a plan to add an extra 66,000 hospital beds and 10,000 ventilators.

A new analysis from the University of Washington, which state officials are using to inform their work, projects California will see an earlier and lower peak for deaths and needed hospital resources. The statistical model that is updated daily for all 50 states was developed to help hospitals and health systems prepare for the surge and is a tool for many government officials.

Researchers at the school say California will have an excess of hospital beds, intensive care space and ventilators when need for those resources peak on April 14. The university forecasts the highest daily total of deaths on April 17 and 1,783 overall, down from more than 5,000 last week.

Newsom said the state’s forecast shows the "stay-at-home" restrictions are proving to be successful.

"This allows us to do the kinds of things that frankly some other parts of this country weren’t able to do because they were overwhelmed," the governor said. "Just in ICU and hospitalizations, two most critical numbers from our perspective, that growth has been steady. And if you extend that out, we are looking at a path into May before we peak."

The University of Washington says the more optimistic picture for California and the country is because of the steps taken to keep people from spreading the disease.

"The trajectory of the pandemic will change — and dramatically for the worse — if people ease up on social distancing or relax with other precautions," said Dr. Christopher Murray, the director of the Institute for Health Metrics and Evaluation at the University of Washington’s School of Medicine.

Two weeks ago, Los Angeles Mayor Eric Garcetti said his city was just six to 12 days away from the kind of crushing surge afflicting New York City. He told The Associated Press on Monday he expects to see a peak in the number of fatalities in two to five weeks.

He said data shows the number of cases in Los Angeles County, the nation’s most populous with about 10 million residents, continues to increase but at a slower rate. Two weeks ago, the number was climbing at an average of 27% a day, while last week it dipped to 18%.

"I’m encouraged that early action we took seems to be showing some good signs of slowing this rate of increase," he said.

But "projections are pretty fragile," he warned. "You can change an input by just a little bit, and suddenly see numbers soar or greatly reduced."

Garcetti said with testing ramping up across the county, as of Monday anyone can apply to be screened for the virus, not just those showing symptoms or considered high risk.

Los Angeles County has about one-third of California’s more than 16,000 virus cases. The state has recorded at least 380 deaths, according to data collected by Johns Hopkins University. 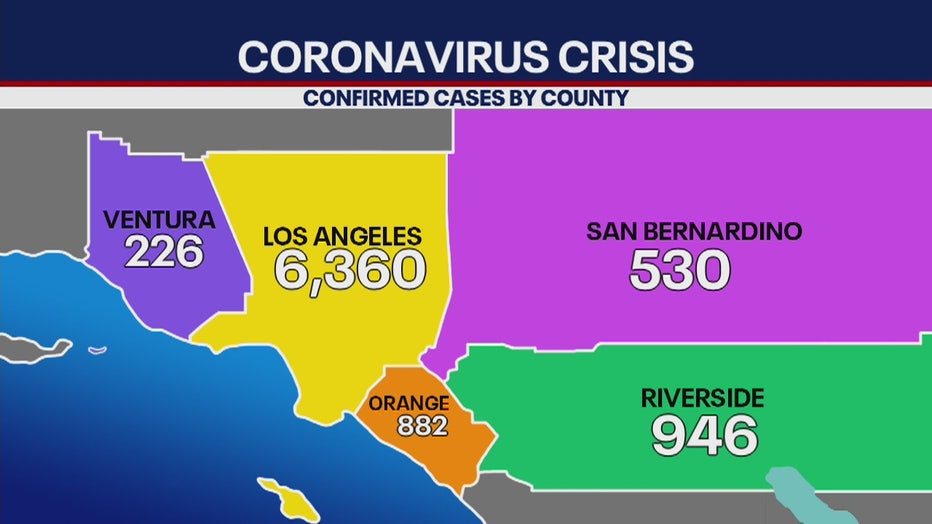 The coronavirus is spread by coughs and sneezes and for most people it causes mild or moderate symptoms, such as fever and cough, that clear up in two to three weeks. For some, especially older adults and people with existing health problems, it can cause more severe illness, including pneumonia and death.

Local governments are taking increasingly strident measures to keep people home and better protect others when they go out. Last weekend, Riverside County ordered all its 2.4 million residents to wear face coverings. Newsom said it’s a good idea but has refrained from ordering it.

He said officials reported more adherence to stay-at-home orders over the weekend, helped in part by rainy, cooler weather. As summer approaches, some have speculated the hot, dry climate will slow the spread of the virus. But Newsom said Monday it’s too early to say that will happen.