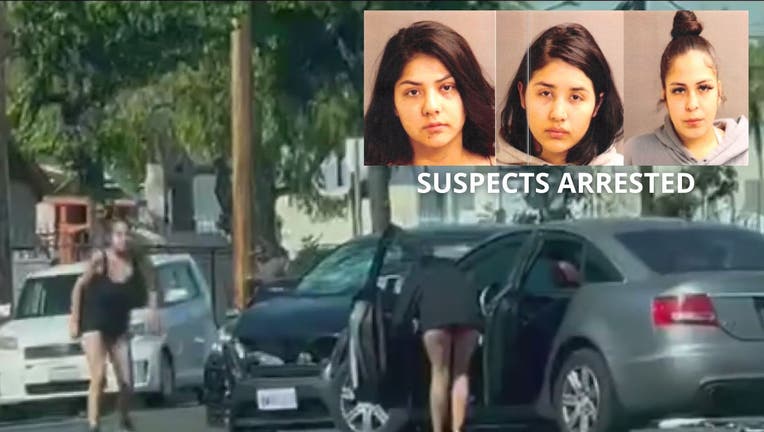 BELL, Calif. - The three women who were arrested in connection to a vicious attack on a driver in Bell are back on the streets after posting bail.

Last week, FOX 11 reported on the shocking video that showed three women appearing to smash the car's windows. The 22-year-old victim, a working student, was on her way to pick up her sister on Thursday, March 24 when she noticed an unfamiliar car following her, according to the victim's family friend.

According to the Bell Police Department, the violent incident broke out in the 4700 block of Florence Avenue. The victim's family friend told FOX 11, a suspect car hit the victim's car, then made a U-turn on Florence Avenue to ram it again. By that point, a bystander started recording the brewing incident, and the video showed three women attacking the victim's car.

The search is on for the three women seen in a road rage incident in Bell. FOX 11's Chelsea Edwards spoke with the victim's family following the incident.

The suspects took off in a light-colored Audi sedan before Bell PD arrived, police said Tuesday. Two of the three suspects turned themselves into police on Saturday, March 26 and a third suspect was later arrested at her home. 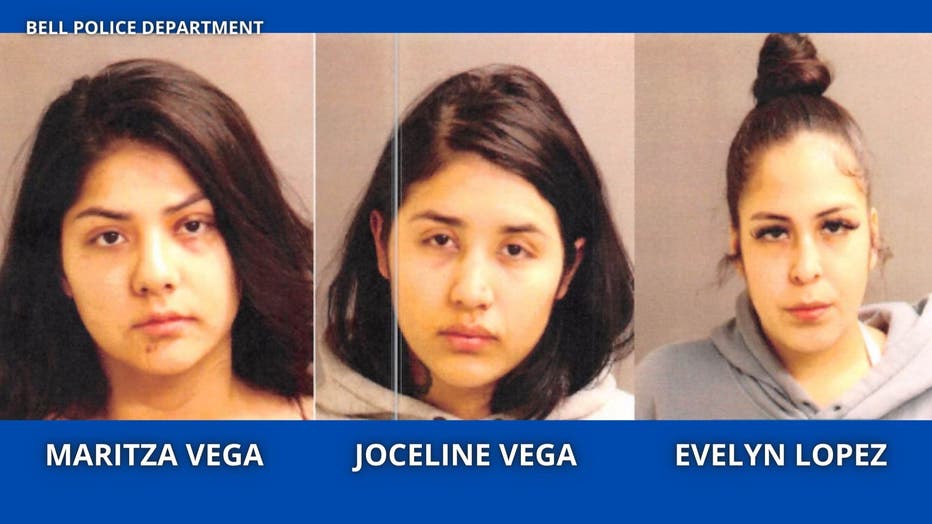 All three women later posted bail and were released from custody on bond. Bell PD said the case has been forwarded to Los Angeles County DA George Gascón's office.