HESPERIA, Calif. - Three people in a nearby home suffered injuries Wednesday during a shootout between California Highway Patrol officers and a pursuit suspect and the suspect was fatally wounded, authorities said.

Around 1:42 a.m., CHP officers were in pursuit of a suspect wanted for shooting at occupants in a vehicle on Tuesday evening on the 15 Freeway.

After the suspect's white Ford Expedition became disabled in the area of Peach Avenue and Catalpa Street in Hesperia, authorities attempted to conduct a high-risk traffic stop.

For more than an hour, officers and Hesperia deputies negotiated with the suspect to safely exit the vehicle, but he continued to ignore their commands. Less than lethal methods were used in an attempt to gain compliance and resolve the situation, but they were unsuccessful.

After more than an hour of negotiating, the suspect got out and ran to the front of the vehicle and began shooting at the officers, then ran while he continued to shoot at them, authorities said. Officers returned fire at the suspect, striking him at least once.

Medical aid responded, and the suspect was pronounced deceased at the scene. His name has not been released.

An adult female was also in the suspect vehicle and was not injured. 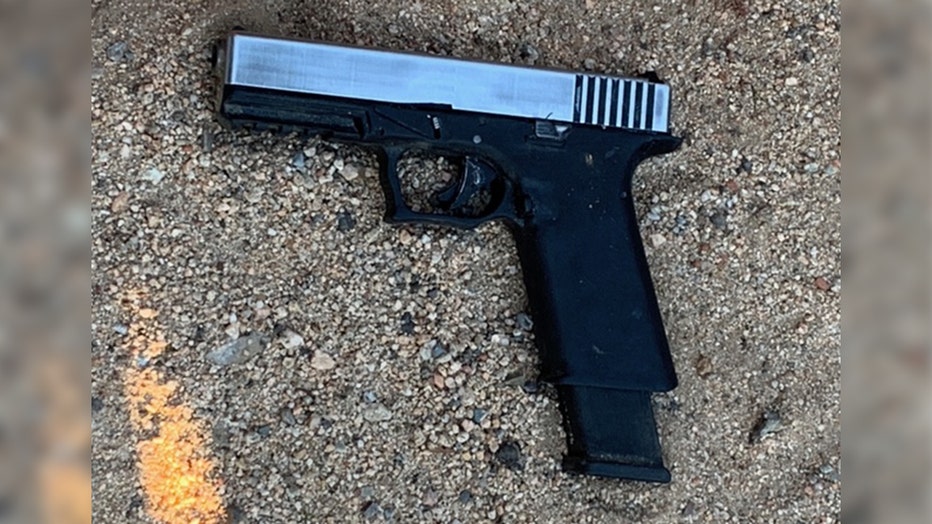 Authorities said that the suspect’s handgun was recovered at the scene.

Moments after the shooting, a 911 caller reported three people at a nearby home were struck by gunfire. Medical aid responded to the home on Catalpa Street and found an adult male, an adult female and a 14-year-old male with injuries.

The victims were transported, and the female and 14-year-old remain hospitalized and are expected to recover from their injuries. The adult male was treated at a local hospital and released.

The investigation is ongoing and anyone with information was asked to contact Detective Edward Hernandez, Sheriff’s Specialized Investigations Division at 909-387-3589.