At least 13 businesses in the San Fernando Valley were sweeping up glass Wednesday morning after vandals broke the windows of the storefronts.

LOS ANGELES - At least 13 businesses in the San Fernando Valley were sweeping up glass Wednesday morning after vandals broke the windows of the storefronts.

"LAPD detectives are investigating a series of vandalisms that took place overnight in the Topanga and West Valley areas of the SFV," the Los Angeles Police Department's Public Information Officer wrote on Twitter.

LAPD initially said that 19 businesses were vandalized, but Detective James Martinez, who is investigating the case, told FOX 11's Susan Hirasuna that 13 stores were hit, including 11 in the West Valley area and two in the Topanga area. 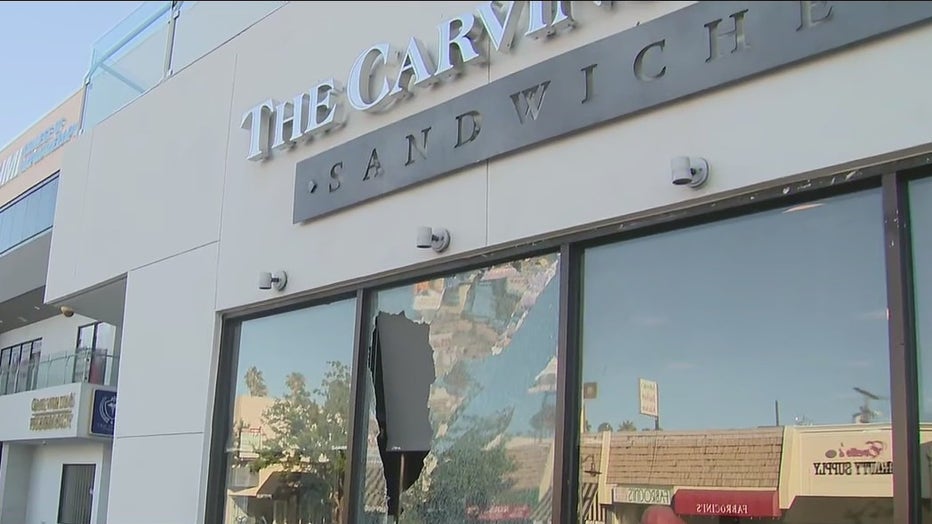 Detective Martinez said that he believed that a person with a rock shattered all these windows, but they are also looking into the possibility of a BB gun being used in the case.

Among the businesses that were targetted in the crime spree were:

Officers from multiple police stations are involved in the investigation, Lomeli said.