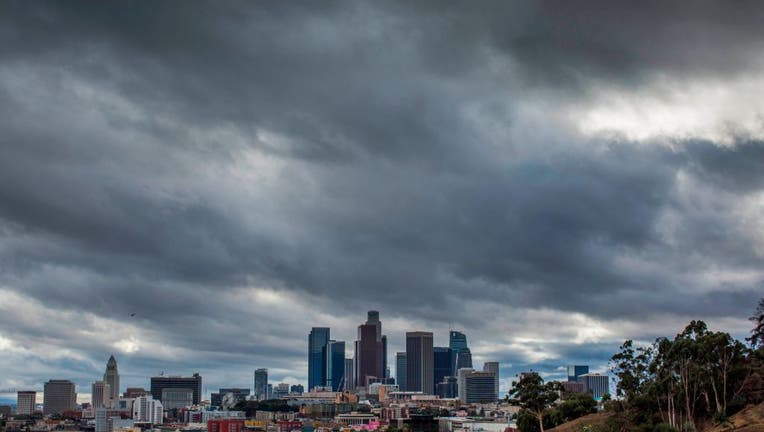 LOS ANGELES - Southern California will catch a break on Tuesday from the weather, but a cold strong storm with the potential to drop up to 3 inches of rain in some parts of Los Angeles County and up to 2 feet of snow in the local mountains is forecast to slam the region on Christmas night.

The National Weather Service forecast rainfall totals of up to 2 inches in Malibu and Pasadena, up to 3 inches in the San Gabriel Mountains and up to 1.5 inches in Long Beach and Santa Clarita. Forecasters also predicted that snow levels could drop down to 3,500 feet, bringing up to 2 feet of snow to nearby mountains and several inches to the Antelope Valley.

A winter storm watch will take effect Wednesday evening in the Los Angeles County Mountains, excluding the Santa Monica range, and in the Antelope Valley and remain in effect through Thursday evening.

NWS forecasters also warned of dramatically reduced visibility for motorists due to snow and fog.

"Travel, including on higher portions of Interstate 5, Highway 14 and Highway 2 may become difficult to impossible," according to the NWS.

"Strong winds could cause tree damage."

The Antelope Valley could see snow accumulations of up to 8 inches, coupled with winds gusting up to 50 mph, forecasters said.

According to the weather service, the area of Rolling Hills received 3.09 inches of rain, Malibu Canyon had 2.6 inches and downtown Los Angeles received 1.72 inches between the start of the last storm, which began Sunday afternoon, through Monday.

There were no weather-related road closures reported Tuesday.