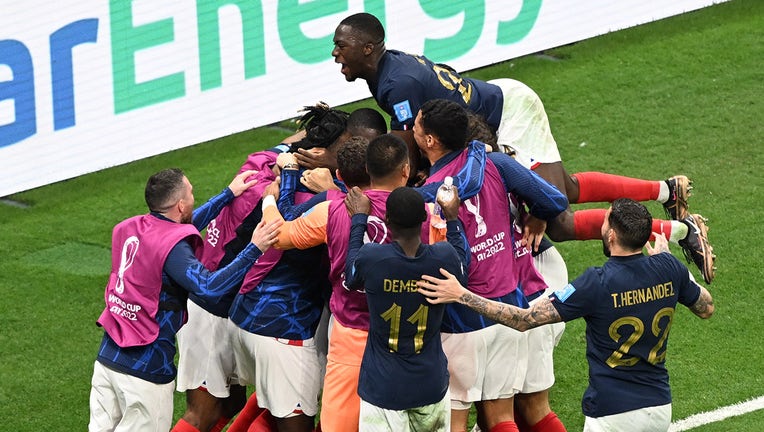 Players of France celebrate after a goal during the FIFA World Cup Qatar 2022 Semi-Final match between France and Morocco at Al Bayt Stadium in Al Khor, Qatar on December 14, 2022. (Photo by Ercin Erturk/Anadolu Agency via Getty Images)

AL KHOR, Qatar - France and Kylian Mbappé are headed back to the World Cup final for a much-anticipated matchup with Lionel Messi after ending Morocco’s historic run at soccer’s biggest tournament.

France beat Africa’s first ever semifinalist 2-0 Wednesday, with Mbappé playing a part in goals by Theo Hernandez in the fifth minute and then substitute Randal Kolo Muani in the 79th.

France will head into Sunday's title match against Argentina looking to become the first team to retain the World Cup title since Brazil in 1962. Mbappé has the chance to cement his status as soccer's new superstar when he comes up against the 35-year-old Messi, who has dominated the game with Cristiano Ronaldo for the past 15 years. 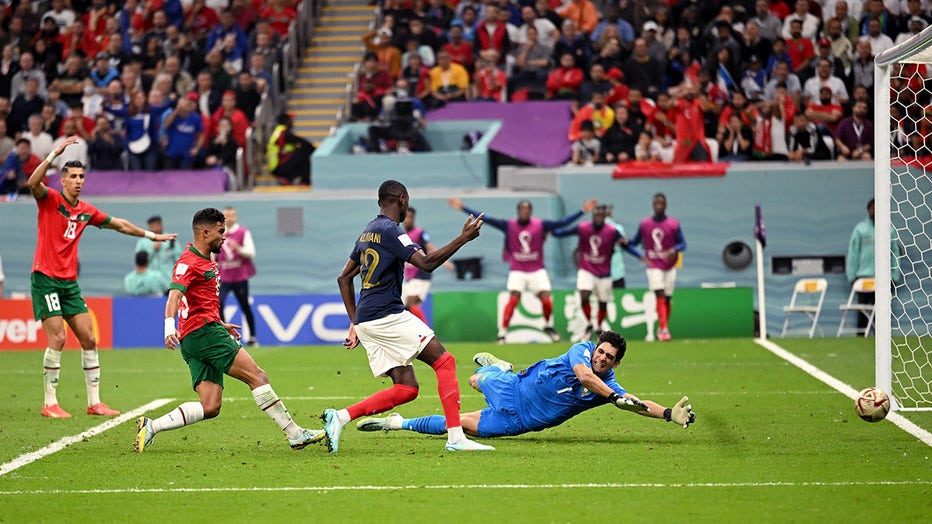 There will be no team from the Arab world in the final of the first World Cup in the Middle East, a prospect that seemed nigh impossible before the tournament.

Yet Morocco did break ground for Africa and generated an outpouring of pride among Arab nations after topping a group containing Croatia and Belgium and eliminating two more European powers — Spain and Portugal — in the knockout stage. They gave France a far-from-easy ride, too.

Hernandez’s goal was the first scored against them by an opposition player in the tournament — the other had been an own-goal — and came amid defensive rearrangement forced by injuries to Morocco’s two best center backs. Nayef Aguerd competed in the warmup but didn’t come out for kickoff, while captain Romain Saiss lasted only 21 minutes before limping off with a hamstring injury. 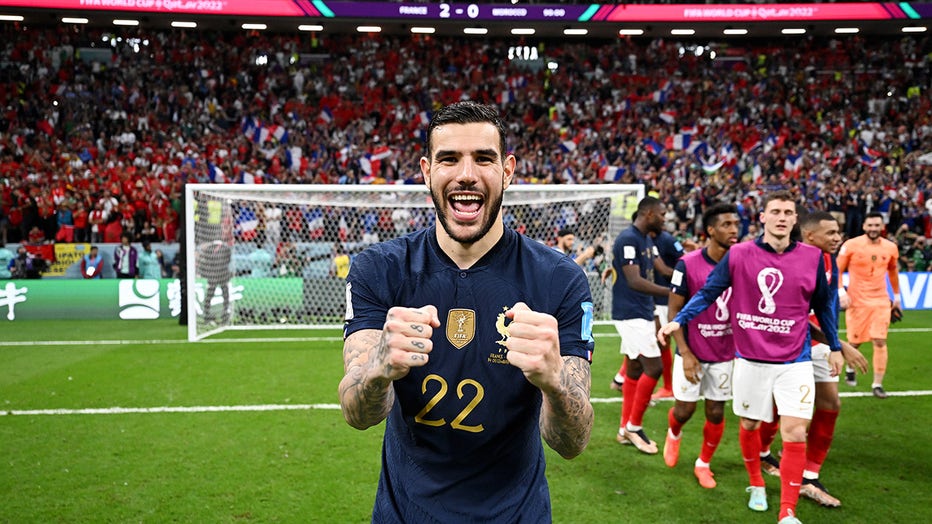 Theo Hernandez of France celebrates after the team's victory during the FIFA World Cup Qatar 2022 semi final match between France and Morocco at Al Bayt Stadium on December 14, 2022 in Al Khor, Qatar. (Photo by Michael Regan - FIFA/FIFA via Getty Ima

Mbappé helped to create the goal because his shot deflected off a defender and into the path of Hernandez, who let the ball bounce before driving a downward effort into the net from an tight angle.

Typically a defense-first team, Morocco was forced to come out and play and, roared on by tens of thousands of fans who dominated the 60,000-seat Al Bayt Stadium, the team penned back France.

Jawad El Yamiq hit the post with an overhead kick in the 44th minute and France’s defenders had to make a number of last-ditch tackles in front of their own goal.

Mbappé enjoyed more space as Morocco tired and, after dribbling past two defenders, his deflected shot was tapped in by Kolo Muani, who had been on the field for less than a minute.