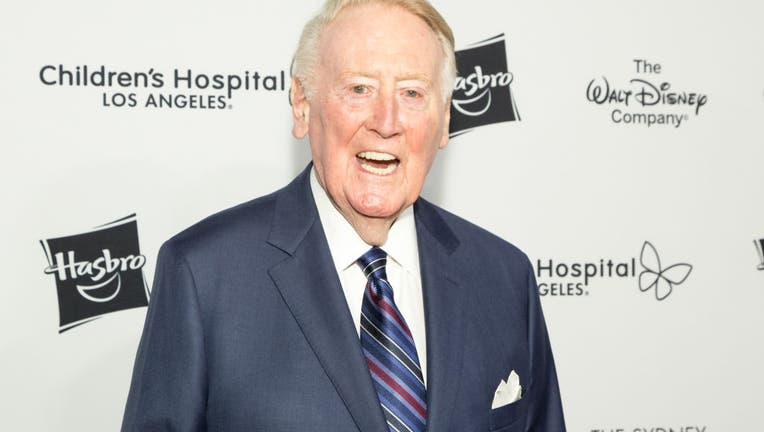 The 92-year-old Scully fell in his home Tuesday afternoon, according to the team, who reported that he was resting comfortably after being hospitalized.

The extent of his injuries was not disclosed.

In a statement released by the Dodgers, Scully said, "I won't be doing anymore head first sliding. I never liked it."

On Saturday, Scully tweeted his "sincerest  thanks to the LA CountyFiremen and women who come to the rescue and always seem to be there when we need and to the excellent administration, doctors and nurses of Los Robles Hospital."

He also said on Twitter, "I am so eternally grateful for their help and selfless service. I'm home resting comfortably with my wife and we are both eagerly awaiting the Time for Dodger Baseball!"

Scully spent 67 seasons as the Dodgers' broadcaster, retiring after the 2016 season.