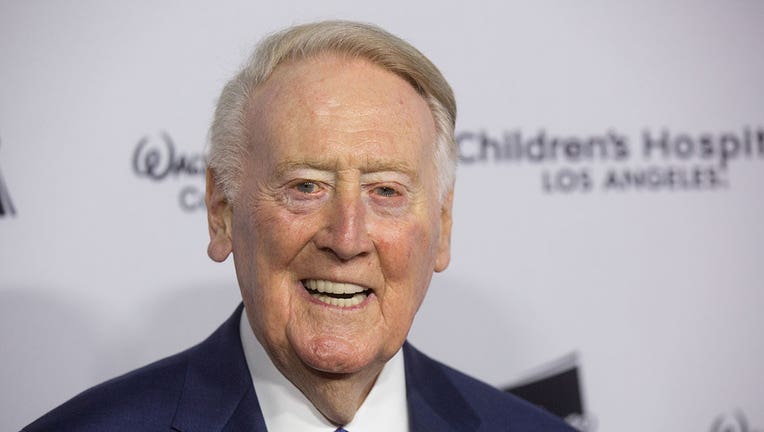 LOS ANGELES - Legendary retired Dodger broadcaster Vin Scully was in a hospital Thursday recuperating from injuries suffered during a fall in his home.

According to the Dodgers, the 92-year-old Scully fell in his home Tuesday afternoon.

"He is hospitalized and resting comfortably," according to the team.

The extent of his injuries was not disclosed.

In a statement released by the Dodgers, Scully said, "I won't be doing anymore headfirst sliding. I never liked it."

Scully spent 67 seasons as the Dodgers' broadcaster, retiring after the 2016 season.