LOS ANGELES - USC received the seventh seed in the Midwest Region of the NCAA men's basketball tournament and will face 10th-seeded Miami in a first-round game Friday in Greenville, South Carolina.

Oddsmakers have made the Trojans a 1 1/2-point favorite. The ABC News-owned data prediction website FiveThirtyEight.com gives USC a 53% chance of winning. 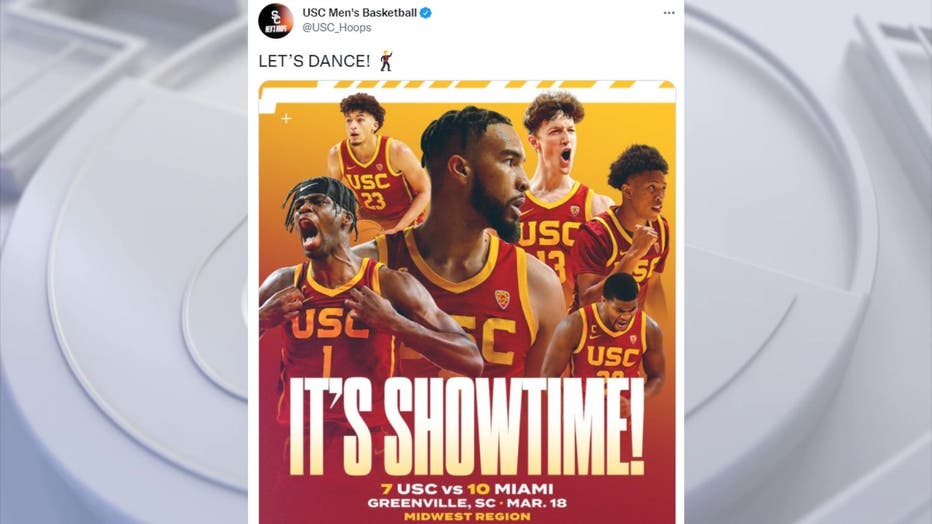 Since the tournament expanded to 64 teams in 1985, the seventh seed has an 87-57 record against the 10th seeds in the first round.

USC's roster includes 11 players from last year's team that reached the Elite Eight, including Chevez Goodwin, who is from South Carolina.

The Trojans will be making their 20th appearance in the NCAA tournament, although their 2008 appearance was vacated due to an NCAA penalty.

Miami will be making its 11th appearance in the tournament and first since 2018.

The USC-Miami winner will face the winner of the game between second-seeded Auburn and 15th-seeded Jacksonville State, in a second-round game Sunday.