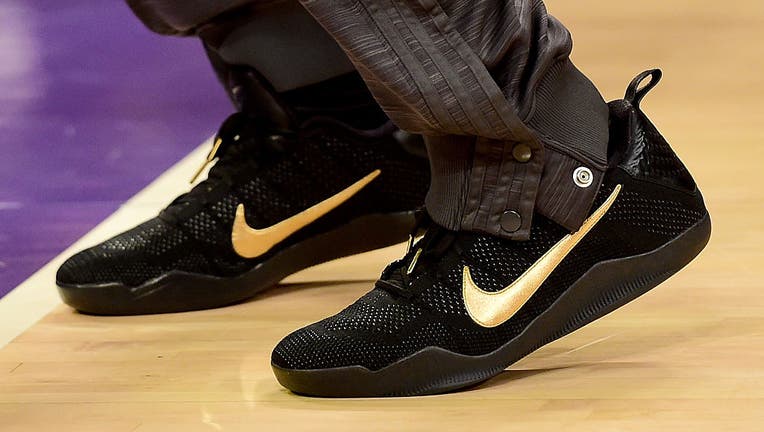 LOS ANGELES, CA - APRIL 13: A detail view of the NIKE shoes worn by Kobe Bryant #24 of the Los Angeles Lakers before taking on the Utah Jazz at Staples Center on April 13, 2016 in Los Angeles, California. NOTE TO USER: User expressly acknowledges and

Nike is expected to once again release Kobe Bryant products.

Vanessa Bryant explained in a social media post that the returning partnership will mean that "fans will soon be able to have access to Kobe and Gigi Nike product for years to come and with Nike donating 100% of the net proceeds yearly for Gianna’s shoes to our Mamba and Mambacita Sports Foundation (M&MSF)."

Vanessa Bryant added that Nike and the estate will team up to build a youth basketball center in Southern California.

Nike issued the following statement on the renewed partnership:

"For years Nike and Kobe worked together to inspire fans around the globe. We are excited to collaborate with Vanessa to honor Kobe and Gigi’s legacy to champion athletes, sport and a new generation."

Known for quirky commercials like "the Kobe system" or powerful on-air tributes like "Better," narrated by rapper Kendrick Lamar, Bryant signed with Nike in the early 2000s after starting his NBA career with Adidas in 1996.