LOS ANGELES - It's the end of an era.

It appears sports fans across the world will no longer see new Nike commercials honoring the NBA legend Kobe Bryant.

Below is a full statement issued by Nike:

"Kobe Bryant was an important part of Nike’s deep connection to consumers. He pushed us and made everyone around him better. Though our contractual relationship has ended, he remains a deeply loved member of the Nike family." 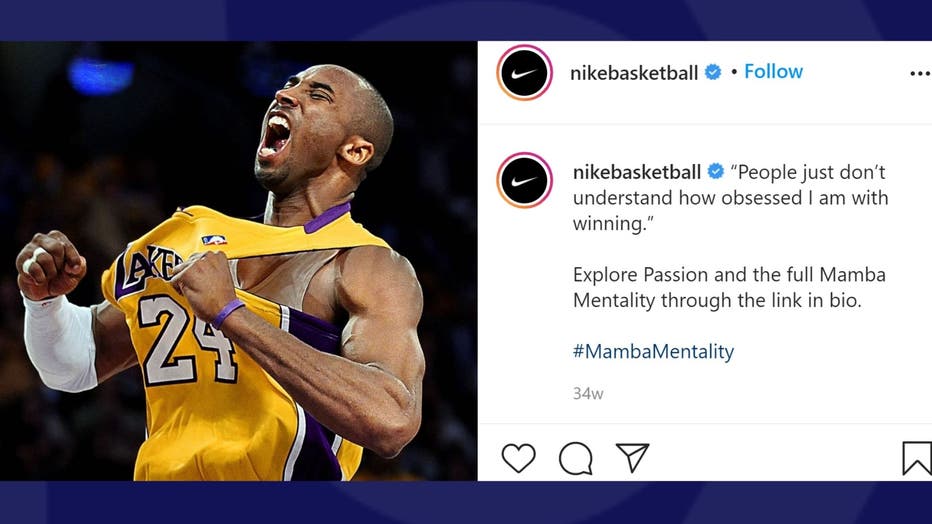 Known for quirky commercials like "the Kobe system" or powerful on-air tributes like "Better," narrated by rapper Kendrick Lamar, Bryant signed with Nike in the early 2000s after starting his NBA career with Adidas in 1996.