LOS ANGELES - If Kyler Murray wants to understand just how important it is to seize the opportunity whenever a team reaches the NFL playoffs, the Arizona Cardinals star only needs to look at his counterpart across the field at SoFi Stadium on Monday night.

The Los Angeles Rams and Arizona Cardinals kick off at 5:15 p.m. PT Monday night for the first NFL Playoff game at SoFi Stadium. 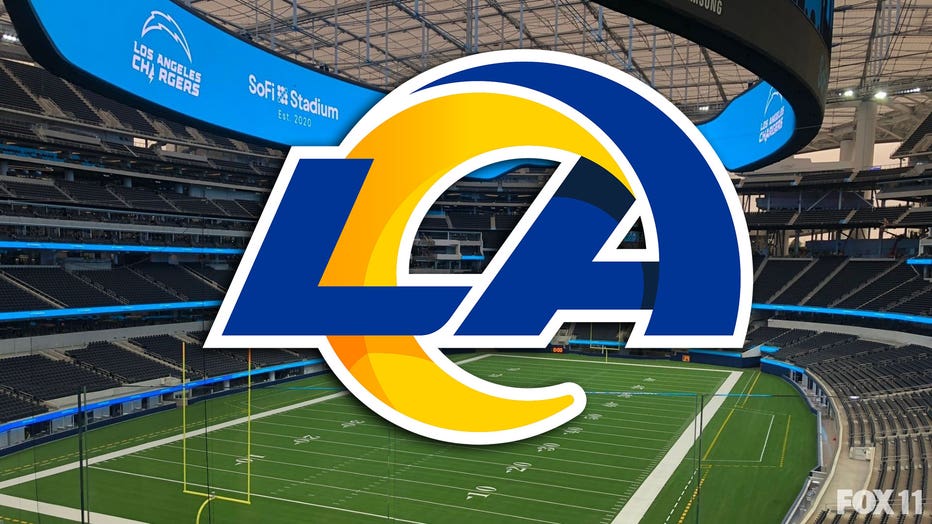 Just like Murray, Matthew Stafford is a former No. 1 overall pick who has never won a playoff game despite being among the NFL’s top quarterbacks.

And Stafford has been trying to end that drought since Murray was in the seventh grade.

Two elite passers will try to get their first postseason victories when the fourth-seeded Los Angeles Rams (12-5) host fifth-seeded Arizona (11-6) in the first playoff game in the history of the multibillion-dollar stadium that will host the Super Bowl less than four weeks later.

The Cardinals didn’t make the playoffs in Murray’s first two seasons, but Stafford’s Detroit Lions reached the postseason only three times in his 12 prolific seasons there, losing each time in the wild card round.

While Stafford reveals little about his personal motivation to break through in the playoffs, everyone knows the Rams acquired him in a trade for Jared Goff — who led LA to the Super Bowl — because they felt Stafford could take them further.

"Every time I step on a field, I’m proving myself," Stafford said. "This is a team game, no question, but at the same time, do I know that when the quarterback plays a good game, you’ve got a better chance to win? Absolutely."

The game is the third meeting of the season between divisional rivals that split their first two matchups, each winning on the other’s home field. Both teams stumbled into the postseason after dismaying home losses: The Rams were solidly beaten by San Francisco, but still won the NFC West because the Cardinals lost to last-place Seattle.

Rams’ Cooper Kupp closing in on triple crown of receiving

And both teams would consider a first-round exit to be a major disappointment: Los Angeles built its self-described All-Star team with the high-priced midseason acquisitions of Von Miller and Odell Beckham Jr. specifically to attack this Super Bowl window, while the Cardinals’ similarly star-studded roster started 7-0 and 10-2 before stalling down the stretch of an impressive breakthrough season.

Sean McVay had beaten the Cardinals eight straight times before Kliff Kingsbury’s group broke through to win in Inglewood in October. The Rams then won in Glendale in December, but this rivalry is no longer one-sided.

"They really had our number as an organization," Kingsbury said. "But the last couple of games have been a dogfight, back and forth. Lots of guys having impressive performances and keeping it close. That’s my expectation for Monday night. A lot of talented players out there on the field."

In a strange twist, the Cardinals are actually quite pleased to go on the road for the playoffs. That’s because Arizona has been much better when it gets out of the desert, finishing 8-1 in road games and 3-5 at home.

Arizona’s turnover margin is a big reason for the road success: The Cardinals have 21 takeaways in nine road games and just three turnovers.

The Rams won five straight before their weak season-ending effort against San Francisco. McVay seems confident his team is better represented by its late-season surge than its final flop, noting his defense’s steady improvements despite significant personnel losses — including leading tackler Jordan Fuller, now out for the season with an ankle injury.

The Cardinals ended the regular season on a 1-4 tumble that included losses to three non-playoff teams and the Rams. DeAndre Hopkins hasn’t played since that skid-starting loss to LA, and the star receiver won’t return from knee surgery this week.

Murray threw for 3,787 yards and 24 touchdowns this season despite missing three games because of an ankle injury. He completed a career-high 69.2% of his passes, which set a franchise record and ranked No. 2 in the NFL.

It will be interesting to see how much Murray runs in his first playoff game, since his athleticism has tormented the Rams in previous meetings. The dual-threat QB ran for a career-low 423 yards this season, but his ability to run can be a huge advantage if used in the right situations.

"I think this is what he’s been waiting for for three years," Kingsbury said. "He’s a guy who wants to be playing for something and knows he’s playing for something. This is his first shot at the playoffs, and I expect him to probably play the best game of his career."

This matchup should be a beauty for pass-rushing enthusiasts. Murray and Stafford better have their heads on a swivel while they’re being chased by some of this generation’s best sack masters, especially if Arizona’s J.J. Watt can return from his shoulder injury.

The Cardinals could have Watt and Chandler Jones on the field, while the Rams’ defense will counter with Von Miller and Aaron Donald. The quartet has a whopping 423 career sacks.

The Rams’ already shaky secondary lost its two starting safeties last week when Fuller hurt his ankle and Taylor Rapp went into the concussion protocol. They will fill the gaps behind All-Pro Jalen Ramsey with questionable backups and even 37-year-old Eric Weddle, who ended his two-year retirement to rejoin LA this week. Murray will have ample opportunities to make plays for Christian Kirk, A.J. Green, Rondale Moore and Zach Ertz.